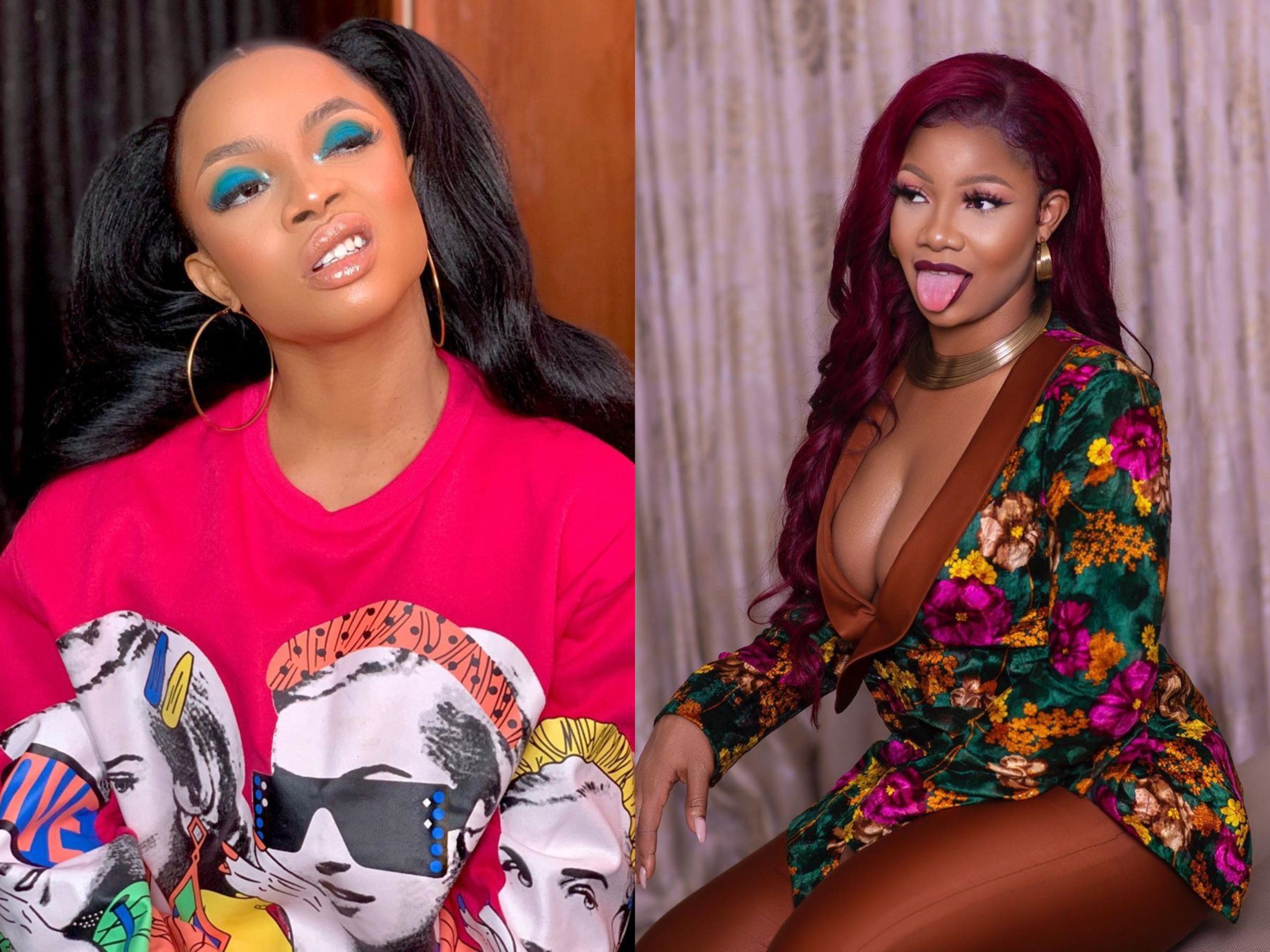 Noted Nigerian media personality Toke Makinwa and controversial Big Brother Naija 2019 housemates Tacha has released their edited nude photos after a blackmailer tries to tarnished them with edited/false images of their nudes unless they pay them.

According to Toke Makinwa, she says she receives an email from an unknown person stating that he or she receives her naked photos, and they’re on a mission to publish on their website. Madam no-nonsense Toke shared a screenshot of the mail she received from the blackmailer which stated that the photos are yet to be published and they need a response from her. If not, they’ll go-ahead to publish the nude photos on the internet.

On the other angle, Big Brother Naija 2019‘s housemates, Tacha shared the same similar fate with Toke, as she also receives her own edited photoshopped nude photo from the same sender that’s responsible for the Toke‘s mail.

You Won’t believe that Toke Makinwa and Tacha alleged nude photos were actually not even real. However, both celebs declared that such antics didn’t move them and that they would never succumb to the blackmailer as they shared the alleged nude photos online themselves.

Is this really how low we’ve become? I understand that things are hard, I get that feeding off each other and scamming people will be on the rise but I’ve never and would never negotiate with con artists/scammers. I am sharing this ahead of your threats to release these edited/false images cos this is disappointing, this is not humanity, there is a pandemic killing people and there’s also certain human beings wanting to exploit people in a time when we should all spread love and kindness. Stop with your bloody emails already 🤬🤬🤬🤬🤬. I am not the one, not yesterday, not today, not ever. I don’t have any money to give you.

Those particular pictures sent to you were even posted on your iG 2years ago, that’s not you toks, let them release their imaginary edited version of Toke Makinwa👌
It’s not gonna change or affect you, because we all know if you wanna drop your nudes, you definitely going to👌

I love how those who know me well enough are laughing so hard at this flawed attempt to extort money from me, not my nudes man…. if I wanted them out there I am bold enough to do it tastefully, it is my body and i am most comfortable in it. Pls stsy safe guys, say “no” to BS

So a group of jobless, malicious and possessed individuals tried to blackmail my client @tokstarr by releasing 2 photoshopped “already published” images of her I shot for her birthday in 2018. Man y’all better get a life. It’s hard we all know it, don’t make it harder by being pic.twitter.com/vJ1E0vo2nL

Online Scammer Attempts to Blackmail Toke Makinwa and Tacha With Fake Nude Photos, But They Actual Do This…….

You’re trying to have a good day, you wake up to messages from your team telling you to check your mail, you check your mail only to find this!! I have to deal with evil demeaning dms everyday!!! Every ******* day!
Talking about “we will publish them?” Publish what? Edited pictures? Publish pictures you edited? And I and my team should feel threatened?💔
The hate I deal with, I pray for strength!!

You’re trying to have a good day, you wake up to messages from your team telling you to check your mail, you check your mail only to find this!! I have to deal with evil demeaning dms everyday!!! Every ******* day! pic.twitter.com/6Mul58K3Lb

In other news, these are the real photos, and she was all covered up.

WCW Girl like TM 🔥🔥🔥🔥🔥🥂 to Becoming so much more 💰💯🎁😍👑 #Rise #TheSunaintgotnothingonme

Is It Hypocrisy Or Terry G Going Spiritual? As Terry G Berates Secular Music With New Love For Gospel Music
Juliet Ibrahim Shades Ex-Boyfriend Iceberg Slim ” Move On Bro, Your Only Claim to Fame Was Dating Me ”
Advertisement