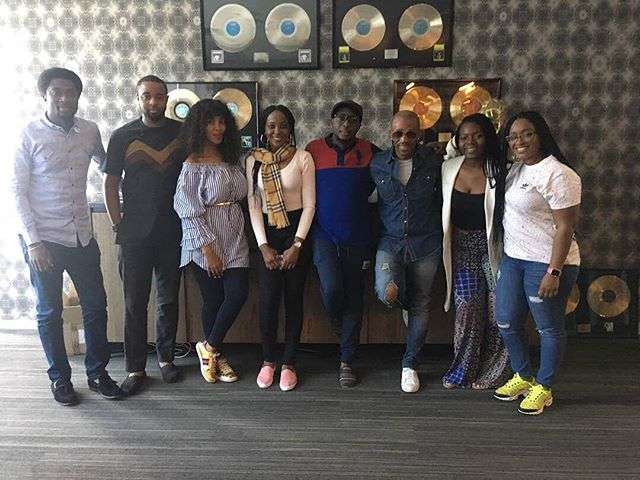 After a year and some months that American’s major music recording and entertainment company Sony Music expand their business terrain into the African market with the establishment of the west-African region. Fellow major record label Universal Music Group is about to launch in Nigeria, according to recent report online.

As the situation unfold now, it seems that Universal Music Group is set to officially launch in Nigeria, with official statement set to be release soon. Universal Music is one of the global music leader with offices in 60 region across the planet of earth.

According to sources speaking exclusive to GYOnlineNG.COM, revealed that details is yet to be released, but information getting to us reveal that Nigeria division will be headed by local music industry professionals. Ezegozie Eze, who is a seasoned music business expert, talent manager and A&R professional, will be leading the team.

Information getting to us, further revealed that Lanre ‘Elbama’ Onipede, who recently joined the company after his resigning from his role at Viacom as MTV Base Talent Manager. While Former Head of Campaigns and Branding for Trace TV, Betty Anthony, will be filling the role Marketing Manager for the Nigeria division. Another Nigerian join the growing list of employee at Universal Music’s Nigeria division is Bayo Fatoba, a seasoned event expert will lead Event Operations. And Kimani Moore, will lead the A&R efforts of the group.

Sources reveal that this is only the first set of team members, more will be recruited to grow the team in the coming months. The team was in South Africa recently for meetings, with photos shared on social media. An official announcement is expected to be made very soon.

A subsidiary of Vivendi, UMG is the world’s largest recording company, boasting about 20 record labels, including Capitol Records, Interscope Geffen A&M Records, Island Def Jam, Motown Records, UMG Nashville, and Verve Music Group. Its popular artists include Justin Bieber, Mariah Carey, Rihanna, Sting, and Kanye West, among many others. Its Universal Music Publishing Group is the world’s largest music publishing house, with more than a million copyrights under control. UMG owns the largest catalog of recorded music in the world.