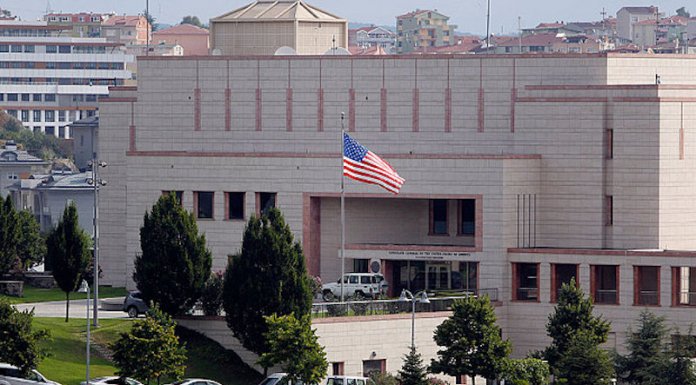 According to reports, The United States embassy in Abuja and its consulate operation in Lagos have shut down indefinitely.

The shutting down of the US Embassy in Nigeria will affect thousands of Nigerian seeking to apply for their visa or renew their visa, as their appointments would have to be rescheduled.

In a post on its official Facebook page, the embassy said the both offices would re-open once the shutdown is resolved.

The executive arm of government led by President Donald Trump and the legislative arm have been at loggerheads for nearly two months over Trump’s attempt to build a wall along the Mexican border.

Building a wall was one of Trump’s major campaign promises as part of efforts to curb illegal migration and crime.

The Congress, however, rejected Trump’s proposal. On December 11, Trump held a televised meeting with Speaker-designee, Nancy Pelosi, and Senate Minority Leader, Chuck Schumer, in which he asked them to support $5bn in funding for the border wall.

They refused and Trump said:

“It’s very possible that this shutdown will go beyond the 28th and into the new Congress,” Mulvaney had told ABC.

Continue Reading
Advertisement
You may also like...
Related Topics:Nigeria, US

Why You Won’t Watch Genevieve Nnaji’s ” Lionheart ” Movie In Cinema Yet, A Case of Ego or Entitlement Between Genevieve Nnaji & FilmOne
Thank You for A Memorable 2018
Advertisement