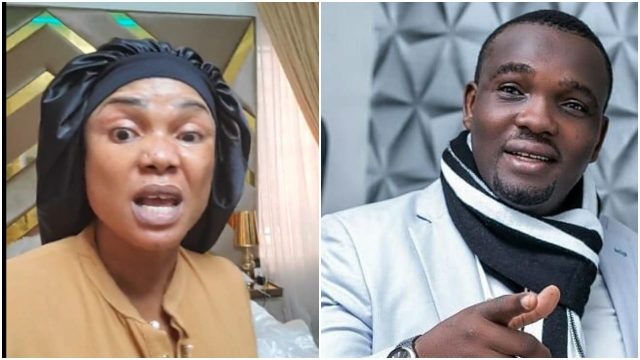 Veteran and popular Yoruba Nollywood actor Iyabo Ojo have dragged the hell out of fellow colleague Yomi Fabiyi, for been a rape apologist in the ongoing Baba Ijesha rape saga, following his provocative comment he made on the issue through his social media profiles.

About a few days ago, veteran Yoruba actor Baba Ijesha was arrested by the Lagos State Police, for allegedly molesting a 14-year-old girl. And a report had it that the accomplice has already confessed to the crime and was caught on CCTV. But fellow Yoruba actor Yomi Fabiyi released a post asking his colleagues not to jump to conclusions. He went on to demand evidence first.

This did not go down well with so many in the industry. Earlier in the day, Comedienne Princess released a video where, with tears in her eyes, she expressed how sad she felt that Yomi was requesting for the CCTV footage.

According to Princess who is the foster parent of the victim, Baba Ijesha first assaulted the girl sexually when she was 7. Another time, he is said to have penetrated her with a key.

The victim opened up about the incident recently at the age of 14 when a video of Yomi acting with Princess showed on their screen at home.

At this point, Princess said she put up a CCTV camera in the house and alleged it captured Baba Ijesha in the act. She says that when he was confronted, he confessed “4 times” and blamed the devil.

After this video by Princess, Iyabo Ojo took to her Instagram page to address the issue and respond to Yomi Fabiyi. Watch the video below: