Indigenous Yoruba rapper and self-acclaimed Zanku dance originator Omoniyi Temidayo Raphael, better known as Zlatan Ibile, has set the social media ablaze following his response that he did not know anyone bearing DJ Cuppy, despite both of them collaborates together months ago.

About a few days ago, popular Nigeria Disc Jockey Cuppy, took to the microblogging social media platform, Twitter to reveal that her former collaborator, Zlatan had blocked her on Instagram and Whatsapp.

10 months later and I sometimes still wonder why @Zlatan_Ibile blocked me on WhatsApp and Instagram without ever saying why; we were actually friends 🤷🏽‍♀️ …AND “Gelato” was a hit!

Cuppy still seemed greatly confused about the strained relationship between her and Zlatan Ibile, despite both of them having hit song together titled ” Gelato ” along with a visual for the project. 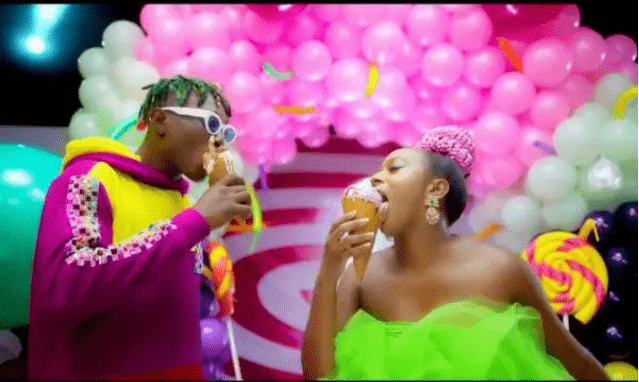 Despite Having Hit Song Together, Zlatan Ibile Responds to DJ Cuppy’s Blocking Allegation ” Is He An Artiste Because I Don’t Know Her ”

However, in a recent viral interview conducted by Soundcity Africa for their The Switch program, Zlatan clarified the controversy once and for all by denying ever knowing DJ Cuppy, When he was asked what went wrong between him and Cuppy, Zlatan interrupted by asking “is she an artist,” before finally stating that he does not know who that is.

QUIZ: In 2009, Aroma Ufodike Answered These 15 Questions Correctly to Win #10M On Nigeria’s Version Of Who Wants To Be A Millionaire, How Many Of These Questions Can You Answers Correctly Now…