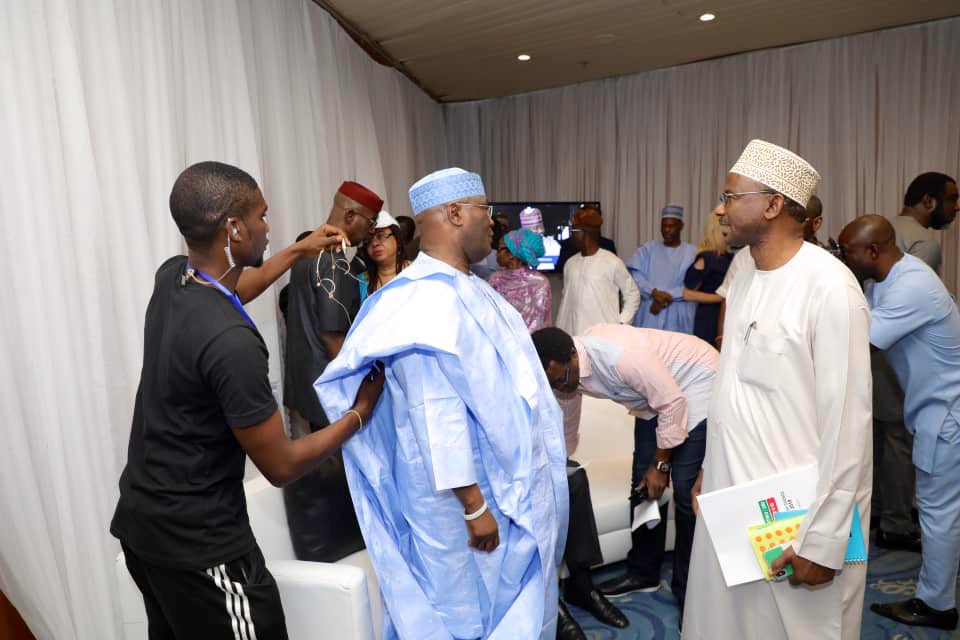 Former Vice-President of Nigeria and Presidential candidate of the Peoples Democratic Party (PDP), Atiku Abubakar who was absent at the ongoing presidential debate, despite spotted alongside with Bukola Saraki & Kingsley Moghalu at the debate hall, give out the reasons he decided not to participate in the debate anymore.

As already reported earlier that Atiku Abubakar and President Buhari was absent at the presidential debate, the opposition party candidate is out with reasons he decided not to continue with the  ongoing presidential debate, citing that the debate is based on the referendum on the incumbent.

Here’s Atiku Abubakar’s Statement Following His Decision Not to Continue with the Presidential Debate below:

I arrived the Congress Hall of the Hilton venue of the #2019Debate. This debate and the election is a referendum on the incumbent. We came here for a Presidential debate, not a candidacy debate, and I, Atiku Abubakar cannot challenge or question an administration where the man at the helm of the affairs of the nation is not present to defend himself or his policies.

Afterall, you cannot shave a man’s head in his absence. I do not believe in attacking a man who is NOT here to defend himself. As a leader and former vice president of the Federal Republic of Nigeria, let me first apologise to all Nigerians, my fellow candidates and the moderator for the APC Presidential Candidate’s absence in this debate. His non-appearance is a slight on ALL of us and our democracy.

With respect to my fellow candidates, Fela Durotoye, Oby Ezekwesili, Kingsley Moghalu & to moderator Mark Sugar & with apologies to Nigerians here & at home expecting an interesting debate, I regret I will not be able to go on with this debate due to President Buhari’s absence.

I however challenge President Buhari to choose a date and time for a debate where he will be present and I will be there, hopefully with the other candidates as well.

Thank you and God bless the Federal Republic of Nigeria.

Continue Reading
Advertisement
You may also like...
Related Topics:Atiku, Buhari