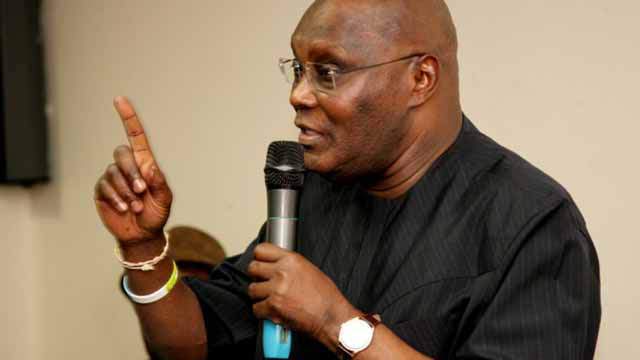 The statement by the opposition presidential aspirant comes hours after Osinbajo in an open letter replied Abubakar on the latter’s earlier criticism of the vice president’s statement. In the replies letter signed by Yemi Osinbajo to Atiku, Osinbajo accused Abubakar of promoting a ‘vague’ concept of restructuring.

“Alhaji Atiku’s concept of restructuring is understandably vague because he seeks to cover every aspect of human existence in that definition,” the vice president wrote.

In his response, however, Mr. Abubakar outlines six steps he means when he talks about restructuring.

My attention has been drawn to a letter written to Premium Times in response to an essay on restructuring authored by me.

Faced with an avalanche of public condemnation for his 360-degree turn on the concept of restructuring, it is understandable that the Vice President, Professor Yemi Osinbajo, has written to Premium Times to douse the tension his comments created. However, in doing so, the Vice President should not attempt to revise history by saying that he spoke against ‘geographic restructuring’.

I have been in the forefront of the discourse on restructuring since the 1995 Abacha Constitutional Conference and to the best of my knowledge, there has not been any term like ‘geographic restructuring’. It is a strange concept, not only because it is not what the restructuring debate is all about, but also because the words of the Vice President, which prompted my response were clear, unambiguous and unequivocal.

Mr. Osinbajo said, “the problem with our country is not a matter of restructuring”. That I disagree with and so do many other Nigerians. If the Vice President has changed his stance, I welcome it, but we should not use one finger to hide behind semantics.

For the Vice President to say “Alhaji Atiku’s concept of restructuring is understandably vague, because he seeks to cover every aspect of human existence in that definition”, is most unfortunate.

I have been very clear, detailed, and unambiguous about my ideas for restructuring. At several occasions, including, but not limited to my speeches at the Royal Institute of International Affairs (Chatham House), and at the University of Nigeria, Nsukka (made in April this year and July 2017, respectively), I gave very clear and concise ideas about administrative, political and economic restructuring as follows:

· Devolution of powers and resources to the states.

· Matching grants from the federal government to the states to help them grow their internally generated revenue position.

· A truly free market economy driven by the laws of demand and supply.

· Replacing state of origin with state of residence, and

· Passing the PIGD so that our oil and gas sector will run as a business with minimal governmental interference.

I am hard pressed to see how these clear and specific ideas can be described as ‘vague’. One would have thought that if anything is vague, it would be the idea of ‘geographic restructuring’ whose meaning is hanging in the air.

Be that as it may, in his letter, Vice President Osinbajo then jumps from the topic of restructuring and goes on to say:

“Good governance involves, inter alia, transparency, and prudence in public finance. It involves social justice, investing in the poor, and jobs for young people; which explains our School Feeding Programme, providing a meal a day to over 9 million public school children in 25 States as of today. Our NPower is now employing 500,000 graduates; our TraderMoni that will be giving microcredit to 2 million petty traders; our Conditional Cash Transfers giving monthly grants to over 400,000 of the poorest in Nigeria. The plan is to cover a million households.”

While what Professor Osinbajo says may be true or false, I must say that his dovetailing into the area of the economy does not explain certain facts such as the fact that the Nigerian Bureau of Statistics reported in December 2017 that Nigeria lost 7.9 million jobs in the 21 month period under review.

If the Vice President cannot see that losing 7.9 million jobs in 21 months while creating 500,000 jobs is a deficit, then I do not know what to say to the honourable professor.

Professor Osinbajo also harps on about “prudence in public finance”, but he fails to show the wisdom in sharing out $322 million of Abacha funds to the poor only to take a loan of $328 million from the Chinese the very next month. Many Nigerians, myself included, see this as imprudence.

Finally, while the Vice President is not exactly correct when he says “In four years from 2010 to 2014 the PDP government earned the highest oil revenues in Nigeria’s history, USD381.9billion. By contrast, the Buhari Administration has earned USD121 billion from May 2015 to June 2018”, let us for the sake of argument say that he is right.

My response to Vice President Osinbajo is that while I was Vice President of the Federal Republic of Nigeria in 2006, Nigeria’s Economic Management Team, of which I was a prominent member, paid off Nigeria’s entire foreign debt of $30 billion, at a time when we were earning one third of what the Buhari administration is currently earning from oil. So such arguments are puerile at best.

My advice to the Vice President is that he should choose whether he is for restructuring or whether he is against it and stick to his choice. This continuous prevarication, this approbation, and reprobation, helps no one, least of all true progressives who know that Nigeria needs to be restructured and restructured soon.

Osinbajo Replies Atiku On Restructuring Nigeria: Why We Don’t Need Re-Structured In Nigeria by Yemi Osinbajo
Nigeria: Giant of Africa and Poverty Capital of the World
Advertisement