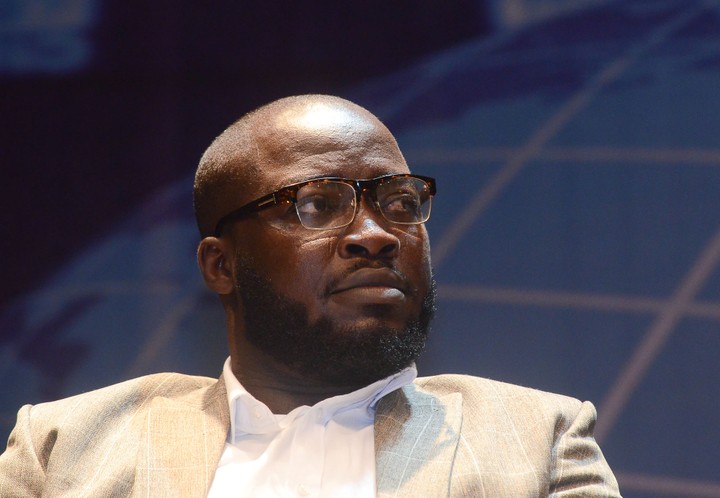 I spent a thoroughly enjoyable & revealing week in Ibadan with Akin Alabi to speak at his annual conference for young people #YECOIbadan & also to campaign with him. It was a very gruelling week full of lessons about key success factors in elections in Nigeria Thread.

Politics is truly local. Nigeria is largely populated by people who aren’t as educated as most of us here. But in a democracy, a vote has no socio-economic class. One man, one vote.If you want to win,you need to organize & mobilize at the grassroots. They determine who wins. Simple..

Simply put,you must speak the language of your electorate. I was at a rally with Akin Alabi,Gov. Ajimobi and Bayo Adelabu, the APC governorship candidate in Oyo. All very well educated, accomplished men. But they were speaking the local variant of Yoruba language cracking jokes the audience could connect with and singing local songs. If you like, be a professor at Harvard, Yale, Cambridge and Princeton at the same time, if you speak above the head of your electorate, you will lose elections. Reach their hearts first, then their heads.

To win, you must mobilize & organize a movement of politically active people as evangelists, surrogates & advocates across your entire constituency. These people need direction & organization because they speak/campaign daily to your likely voters.

If you like, cover your entire constituency with campaign materials, without this army of committed,passionate, very energetic people who are totally sold out to your candidacy, it is very unlikely you will win.

Physically & emotionally,campaigning is gruelling. You are everywhere at the same time.If you are not ready to hold meetings after meetings in various places,walk significant distances, please don’t expect to win. You could leave a meeting on a high & you attend another

one & emerge deflated because something has changed in your political calculations. Prepare for the emotional upheaval and uncertainty. Prepare for people you seemingly have convinced switching on you for various reasons.

It costs money to print posters. T-Shirts. Billboards. Innovative advertising. Jingles. Organize meetings. Fuel campaign vehicles daily. Mobilize your team. You will have to organize big rallies & even organize your supporters to parts of the state for other rallies.

For example, Akin moves around with 10 vehicles,5 SUVs, 3 buses & 2 Hilux vans for security for campaigns. We fuelled one morning on our way out.Bill was 120,000. Just one day. Just one cost element among many others. It has been this way for weeks. And there are weeks to go.

Your house will become a Mecca for all sorts of guests. Each day, A cooks make food for at least 100 people. Campaign staff,supporters and guests. Lunch & dinner. Hotels for your guests and members of your team & other services. Sure you get the picture.

If you don’t have money, have a strategy and a team in place in place to raise money or find those who believe in your aspirations enough to raise money. Successful campaigns cost serious money. Unless you just want to contest for the sake of it.

Your line up matters

When campaigning in a crime like ours, people associate you with your party and the other candidates it presents. For example, presidential elections hold on the same day as NASS elections. If the presidential candidate your party presents in unpopular.

It is like to affect your votes. This is because most voters vote one party top to bottom. There is too much dissonance for them if they start to choose one party for one position and another. Akin was affected in 2015 by this phenomenon. Buhari was popular &that wave swept APC.

Forget Twitter Politics, Politics Is Local! Sports Media Expert Biola Kazeem Give Account Of His One-Week With Akin Alabi In Ibadan, On How to Win Election In Nigeria With Grassroots Support

Candidates into offices against even candidates of other parties that campaigned far better. It was a wave. Campaign for all the candidates your party presents. If one appears unpopular, take it personal and try to dispell wrong notions about him & educate voters on his strengths.

He campaigns for the entire ticket, also does this because he believes that if all these positions are occupied by his party’s candidates, it would help him deliver more for his people. For instance, if his people need a major road, he can lean heavily on the governor to strongly consider the road for construction/repairs. When the road is done, his people would consider him effective for getting the road done. They don’t care who pays for it. They just want a road. They might even say Akin did the road. Itis easier to get big projects done if the governor is in your party.

The undeniable reality is that Buhari is still extremely popular at the grassroots. On all our campaign stops,meetings, door to door activities,the electorate in Egbeda/OnaAra express their love for Buhari & their excitement at voting for him again.

He is still strongly perceived as a man with impeccable integrity who is trying to rid Nigeria of corruption. It is not a view I share but I know for sure that he will win by a very wide margin in Ibadan. He is extremely popular there. Extremely popular.

House to house campaign. Look at that bearded guy at the end of the video. That’s right. @biolakazeem spent a week with me in Ibadan. We campaigned all around Egbeda and Ona Ara local governments. Not only that, he gave me 1,000 branded Tee Shirts. Thanks brother 🙏🏿 pic.twitter.com/89U3fkd1vH

You have to educate your likely voters relentlessly. About how to identify your party,how to vote, where to vote,when to vote. In fact, we spent a lot of time telling voters which finger to use to vote to avoid voided votes.

It is your job to give them as much information as possible to make sure they not only vote but vote right. If their vote doesn’t count for you, wetin you gain?

Your CV is not your real CV

Your real CV is what the electorate know you have done for them & how you have contributed to your community. If you plan to contest elections,start spending some of your knowledge,network,time & money in your community.

The critical voting period is only 4 hours. All the work you have done in months or years will can be made or broken in that window. You must have a strategy and resources to manage that window.

You must make sure your voters turn out,that they vote right, that your opponents don’t manipulate to process to your detriment. If you rest on your oars in that 4 hours and don’t optimize it, you will wait for another 4 years for another 4 hour window.

In all it was a great week of campaigning, YECO & spending time with Nigerians I don’t come across enough. It was also a great week of eating Amala every evening after campaigning & playing table tennis with the team members. Akin has built a campaign of very intelligent and Passionate young people.I am extremely proud of the work they have done to give Akin a great chance of winning on February 16th.

I look forward to running the last mile with you guys later in February and celebrating Akin Alabi victory when he is eventually returned as Honourable Member of Federal House of Representatives, Egbeda/Ona Ara Federal Constituency.