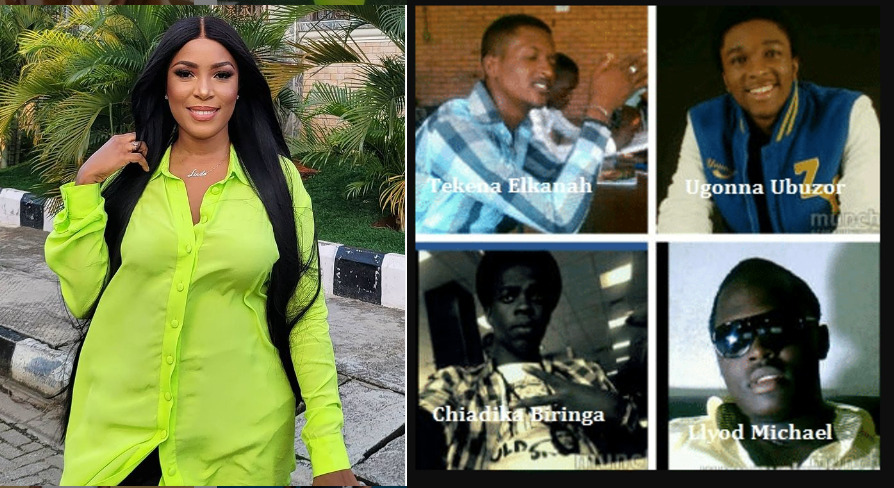 Nigeria’s blogging queen and self-made millionaire, Linda Ikeji, is on a new journey into the movie industry with Dark October, a movie about the infamous Aluu Four Boys, which happened in Port-Harcourt in 2012.

Foremost Nigerian blogger Linda Ikeji revealed a short snippet of the Dark October movie on her Instagram page about a few hours ago. The said movie was directed by seasoned filmmaker Toka Mcbaror, shot at Linda Ikeji Studios, with Linda as executive producer of the film.

On the 5th of September, Toka wrote on his Instagram page with the following caption about the Dark October soon-to-be-released movie: “5th of October, 2012… Never will we forget!!!”

According to press reports, the students went to the Omuokiri Aluu community in search of a debtor to one of them when the debtor (who is still at large) allegedly raised an alarm and accused them of taking his laptop and other belongings.

An outraged crowd rushed down on the pupils and savagely battered them without properly interrogating them. According to the popular video clips, they were marched through different parts of the neighborhood before being set ablaze.

Here’s what Linda Ikeji wrote about her new adventure in the movie industry below:

2Face Idibia’s First Baby Mama, Pero Adeniyi Breaks the Silence After Being Accused of Trying to Break Marriage of Annie & 2face With Her Own Truth ” Annie Should be A Good Wife for Her Marriage to Work ”
From Manchester City to PSG & Newcastle United, Here’s the Top 10 Football Richest Club Owners In the World for 2021
Advertisement