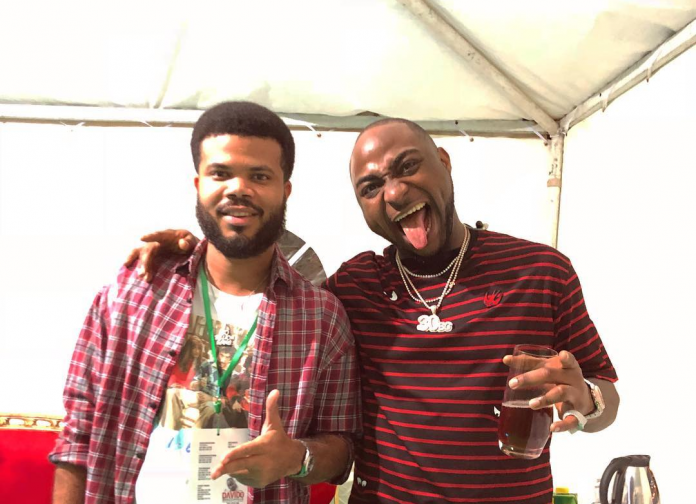 Over the past few weeks, a circulated news report has linked Nigerian pop star & DMW‘s boss Davido to be a member of Black Axe Confraternity, popularly known as Aye-Axemen. The highly speculated report started when Police caught a 25-year old suspected cultist, goes by the name Tobi Adegoke.

During the Police questioning investigation, the suspected cultist member said that he joined the fraternity cultist group because he was told that his membership would give him easy access to music superstar Davido. However, Tobi had plans to meet Davido who could help him push his music career hence he joined the Black Axe Fraternity.

While speaking with Vanguard’s Showtime most sought after Nigeria talent manager and co-founder of 360 Entertainment company called ” The Plug ”, Asa Asika spoke on the allegation against his artiste Davido. He defended his artiste saying he has no idea he was into such things.

“I have no idea of what you’re talking about my brother”, he said.

Still, on the matter another close source Ridwan Sanni said the report is laughable. “The allegation is funny, so no further comments”, he said.

Floyd Mayweather Is Coming Out Of Retirement For Rematch Fight With Manny Pacquiao In Nine Figure Fight
Did Eminem ” Insinuate ” That Diddy Involves In 2Pac’s Murder In The MGK “Killshot” Diss Track?
Advertisement