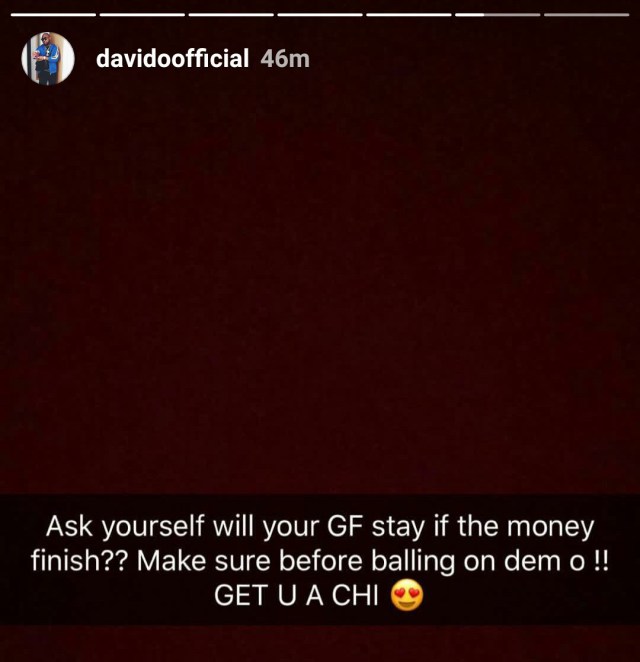 The Sony Music/RCA Records act and DMW Boss, Davido has revealed his financial backup plans, if he eventually goes broke. The ” Fia ” singer Davido made known his financial plan B while advising his fans to have theirs too.

Meanwhile, the singer through his Snapchat account also offered advise to men as regards their financial involvement in relationships.

Ask yourself will your GF stay if the money finish?> Make surre before balling on dem o!!
GET U A CHI

While disclosing his financial backup plan, Davido revealed that he plans to go back to Olorunsogo Power Plant which is one out of his Billionaire father’s many business just in case he runs out of cash.

Sha if my money finish i no where me i dey go .. Olorunsogo power plant straight…Balance lmao popsi way!!