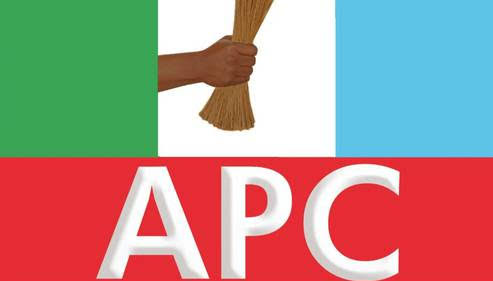 About a few minutes ago, we reported to you that the ruling party APC official Twitter page has been hack by an online hacker, but our further investigation reported that the Twitter account was not hacked as it was reported early but was sold to an Asian Businessman for $2,000 through Bitcoin.

Our further investigation further revealed that the account was formerly run by one of Nigeria’s Twitter warlord named Philip Obin.

Your quest for profit didnt even allow you hand it over to the APC. The same party you are seeking to win an election on its platform.

This behaviour is despicable and it says alot about who you are. pic.twitter.com/8qDXIZFhAC

I bought this account for 2k $ from the official owner

How An Asian Businessman Buys APC Official Twitter Page For $2,000

Nigeria’s ruling party’s verified Twitter handle has been sold to an Asian Businessman.

At the very minimum, that man should be sitting on $10k. Oh dear.

My guy don die business for plenty would be social media capitalists in this election period.

If this isn’t a joke, I don’t know what is: Nigeria’s ruling party’s twitter handle, @APCNigeria, allegedly sold for $2,000. Buyer claims he bought from “the president of Nigeria”. There’s probably more to the story… pic.twitter.com/4WFzeWf18J

In another twist, the official handler of the Twitter Page has finally spoken out on the matter, saying the account wasn’t sold but was hacked by a un-identify hacker.

Account hacked. Efforts to recover it ongoing. Any inconvenience is regretted.

Nigeria Politics Is Getting Interesting As APC Official Twitter Account Got Hacked
Konga & Yudala On A Mission to Disrupt E-Commerce In Africa, As they Merger Together
Advertisement