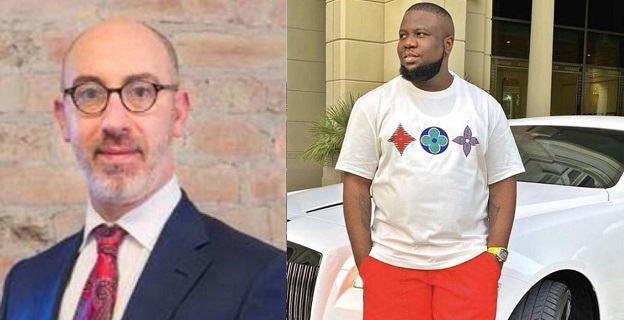 Nigerian born international cybercrime criminal Ramoni Abbas Igbalode, popularly known as Hushpuppi or Ray Hushpuppi has hired the services of American foremost criminal lawyer Gal Pissetzky, as his lawyer in the over N168billion alleges fraud against him by the American authorities.

The 37 years-old Nigeria alongside his co-conspirators was arrested in Dubai weeks ago, in a Fox Hunt 2 an overnight raid operation by the Dubai Police Force in a collaborates operation from FBI & Interpol, and prosecutors said about N16 billion was found in cash out of an estimated N168 billion online scams linked to the syndicate, according to reports.

Hushpuppi was extradited to the United States on July 2, by the Dubai Police, and he arrived in the US on July 3 and made an initial court appearance in Chicago. The FBI further stated that should Hushpuppi be convicted, he risks spending 20 years in jail.

However, while speaking with Forbes, Hushpuppi’s legal representative said his client is “Absolutely not guilty of (the) charges they are accusing him of,” adding, “(he) was running a legitimate business and a very legitimate Instagram account and did not take part in any scam or fraud.”

Asked how Abbas paid for his lifestyle, Pissetzky said, “He’s an entrepreneur. He has real estate involvement … (he’s) an Instagram personality. He was promoting brands and that’s how he was very legitimately making his money.”

Pissetzky was called to the bar in 2002 and has practised in Chicago since 2002. His firm’s website said he had been retained in high-profile cases and also widely recognised by major American media outlets as a legal consultant on serious criminal matters.