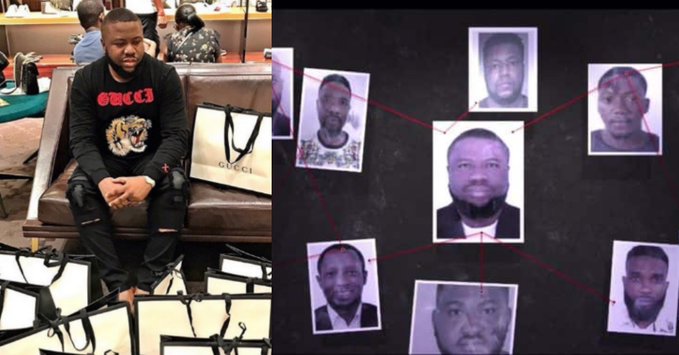 Nigerian Socialite and Instagram celebrity influencer Ramon Olorunwa Abbas Ighalode, popularly known as Ray Hushpuppi or Hushpuppi alongside with his gang Woodberry and 10 other cybercriminals attempted to scam an English Premier League club of $124 million, according to report by the U.S. Government’s Department of Justice website.

Hushpuppi alongside with his allegedly conspired to steal £100 million (approximately $124 million) from an English Premier League soccer club. However, Hushpuppi and his team were arrested last month by UAE law enforcement officials, and were later extradited to the United States to face prosecution for their alleged crime.

According to a complaint filed on June 25 by federal prosecutors made available on US Department of Justice’s website, the Dubai resident who is known for flaunting his extravagant lifestyle on social media has arrived in the United States to face criminal charges. 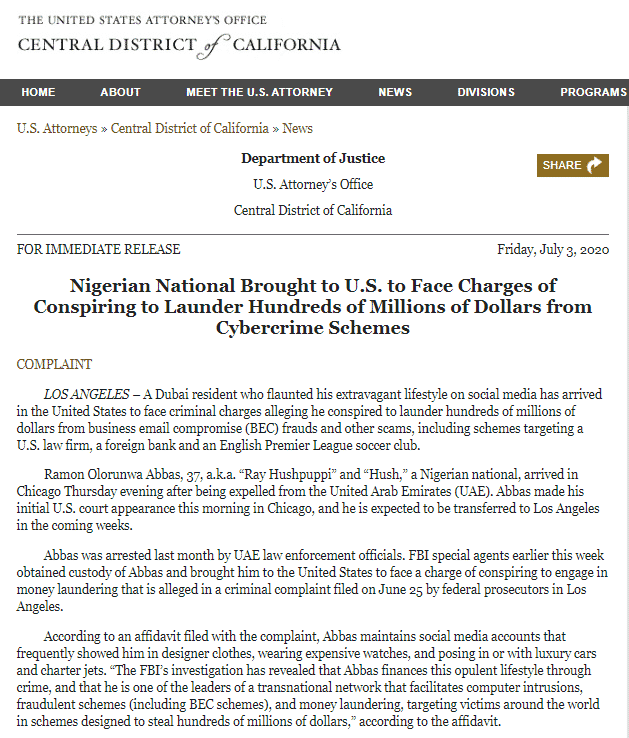 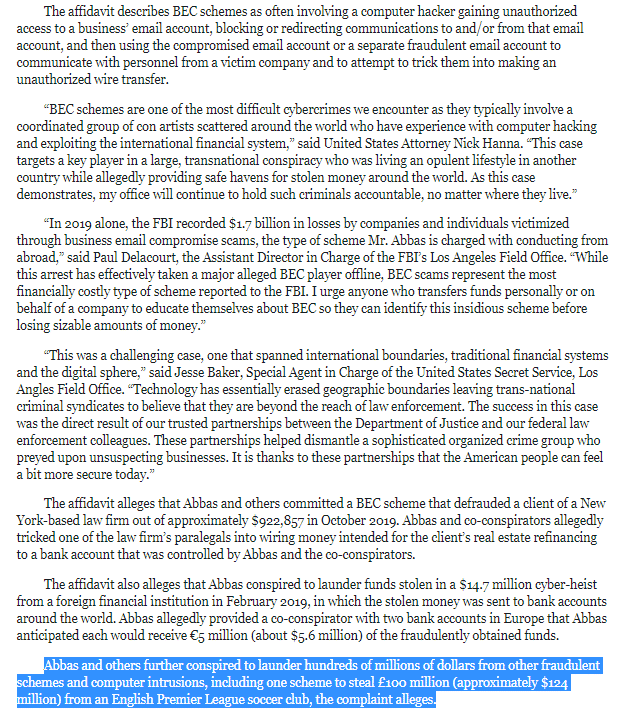 It is stated that he conspired to launder hundreds of millions of dollars from business email compromise (BEC) frauds and other scams, including schemes targeting a U.S. law firm, a foreign bank and an English Premier League soccer club.

If convicted of conspiracy to engage in money laundering, Abbas would face a statutory maximum sentence of 20 years in federal prison.

MultiChoice’s DSTV May Stop Showing EPL & Champions League Matches In Nigeria, Because Of This Reason…
Cristiano Ronaldo Sudden Career Decline Is Not Because Of His Old Age…But He’s Suffering From Incurable Injury, And It’s Getting Worse Over Time
Advertisement