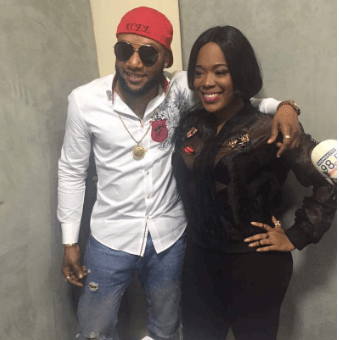 Five Star Music executive and Limpopo master Kcee has taken shot at his former label mate act Harrysong over his song-writing claims. He dropped this bombshell statement when he was a guest at Soundcity FM with Moet Abebe.

During the interview chat with Moet Abebe, Kcee set the record straight when asked if truly Harrysong wrote most of his hit songs and his reply was epic. He simply said, ‘When I won Star Quest in 2002, Harrysong was still in the village’.

Kcee Fires Shot on Harrsong Song-Writing Claims ” When I won Star Quest in 2002, Harrysong was Still in the Village ”

This provocative comment comes weeks that Harrysong granted interview that he’s no longer with the Five Star Music, in order focus fully on his Alter Plate label.

Wizkid Announces Summer Mixtape ” Sound of The Other Side ” Releases Date
Report : D’banj Reportedly Expecting A Child With His Wife In US
Advertisement