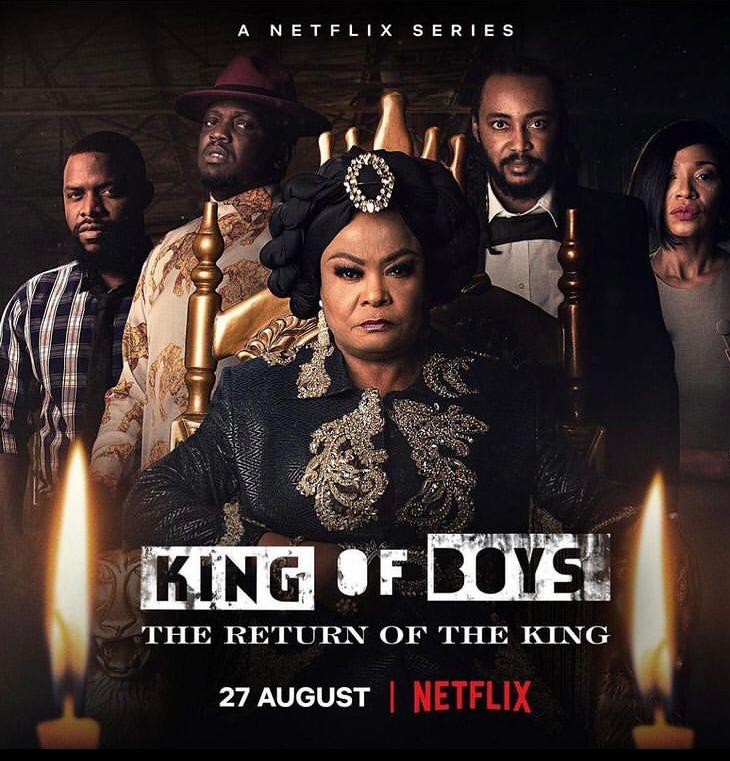 King Of Boys: The Return Of The King Returns With 7-Episode Series

The announcement of KOB 2 Or King Of Boys 2 comes in a twist angle, in a seven-part limited series titled “King of Boys: The Return of the King”, and it will be exclusive to the Netflix platform.

According to information released out this morning sequel to Kemi Adetiba‘s directorial movie King Of Boys will be released on August 27, 2021, and it will see Nigerian rappers Reminisce and Ill Bliss, Osas Ighodaro, Akin Lewis, Keppy Ekpeyoung reprise their roles from the first movie.

New additions will include Nse Ikpe-Etim, Richard Mofe-Damijo, Charly Boy, Deyemi Okanlawon, and Efa Iwara. Plot details for the new series are yet to be announced.

Netflix Announces KOB 2 Release Date As King Of Boys: The Return Of The King Returns With 7-Episode Series

“When I decided to tell the King of Boys story, I never imagined it would take on a life of its own in the way it has. It’s been such an exciting ride from its introduction in 2018 to the Nigerian audience, and their reception was so incredible that the fans have been clamoring for more,” Adetiba revealed on the new series.

“I’m so honoured that today, I get to share the world of Eniola Salami and King of Boys 2: The Return of the King to a global audience, but this time with the massive backing of Netflix. Continuing the King of Boys journey with Netflix is a big deal for me, especially as this time, it will be served to the world as a limited 7-part series.”

Continue Reading
Advertisement
You may also like...
Related Topics:Kemi Adetiba, King Of Boys