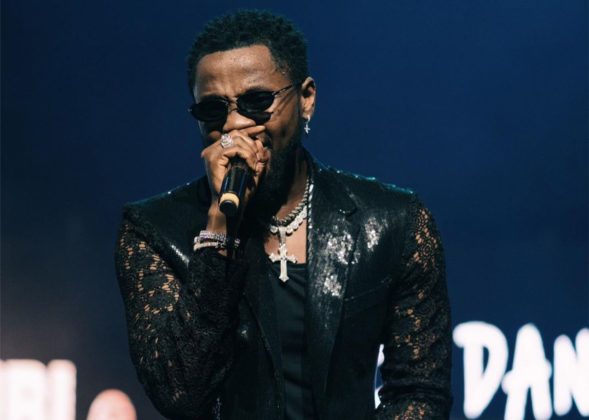 Oluwatobilola Anidugbe, a Nigerian performing artist better known by his stage name Kizz Daniel, was reportedly arrested in Tanzania after failing to show up for a gig at the SUMMER AMPLIFIED concert on Sunday night despite having been paid in full.

According to reports, the afro-pop artist’s fans had gone to the concert in anticipation of seeing the performer. For a table during the event, some of Kizz Daniel‘s supporters reportedly paid as much as N2 million ($5000).

In a viral video, fans who are upset that the musician didn’t attend the event throw bottles and other objects onto the stage.

Again, fans went home angry in Tanzania after Buga crooner, Kizz Daniel was nowhere to be found for his stage performance. pic.twitter.com/p6gjKsSOHY

However, on Monday morning, just as a video of the Buga crooner detention was becoming viral, the concert’s organizer, Big Step Consultancy, released a statement online.

Big Step said in the statement that it will hold those accountable for the concert’s failure, implying that it was also in charge of Kizz Daniel‘s arrest.

”We would like to assure the entire public and fans who paid and showed up for the event that we are doing all that we can to ensure that appropriate measures are being taken to ensure that everyone involved is held accountable and our customers and fans are taken care of and we kindly request your patience as we deal with this,” the statement reads in part.

TRENDING VIDEO: The moment Nigerian musician, Kizz Daniel, was arrested in Tanzania after failing to perform at concert pic.twitter.com/V7bdWlM0Hm

Kizz Daniel is shown being led by Tanzanian police into a waiting truck in one of the films of his arrest, and someone can be heard saying, “Kizz Daniel you will go in for it. You’ll take it on. You are to blame for this nation’s problems. You must attempt it.

Why Kizz Daniel Was Arrested by Police In Tanzania

The group behind SUMMER AMPLIFIED also issued a public apology in a statement. The statement read,

“Big Step Consultancy wishes to sincerely apologize to the audience for the incident at the SUMMER AMPLIFIED event scheduled for Sunday, August 7th, 2022, where the headliner artist Kizz Daniel (who was paid in full) failed to perform as scheduled.”