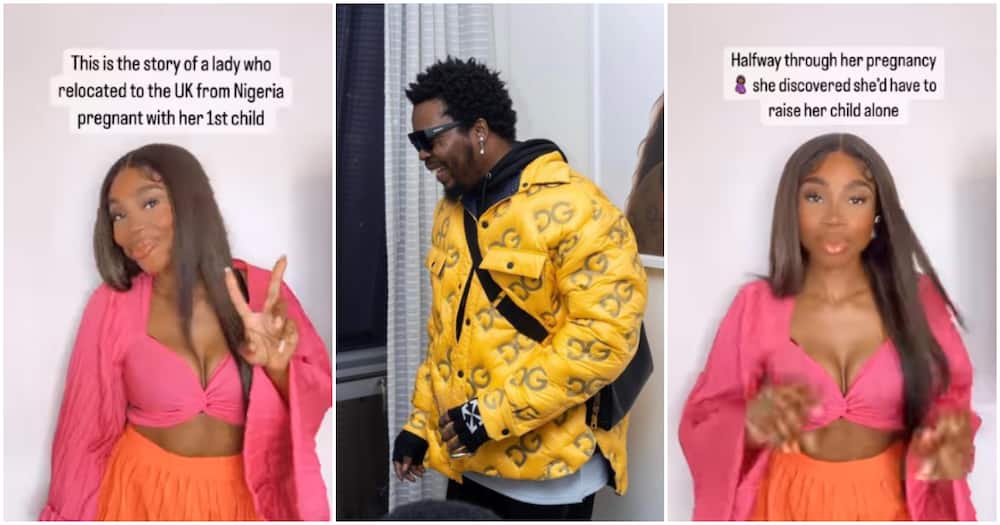 Former Nigerian Lagos-based media personality and alleged baby mama to Nigerian musician Olamide, Maria Okan, finally opened up and recounted how she had to accept the reality that she would be raising her daughter alone without a male father figure.

The former co-host of The Morning Rush on The Beat 99.9 FM, Maria, reportedly shared a video detailing how she got pregnant and how she learned she would have to raise the child alone.

In this short video posted on social media, Maria Okan recounted her life as a single mother in the UK, with her decision of moving from Nigeria to the UK, while pregnant with her first child.

Olamide’s Alleged Baby Mama Maria Okan, Open Ups On Reality of Raising Her Daughter Alone In the UK Without Her Father

“I’m SCREAMING with joy!!! I’m the presenter & producer of the “Afrobeats Roundup with Maria” on BBC 1Xtra!!! It’s the FIRST EVER Afrobeats news segment on the BBC 1Xtra platform!!! This means so much to me for too many reasons to list. This is a blessing from the Most High that I will never take for granted!!!”

She is currently a presenter and producer of the first-ever “Afrobeats Roundup with Maria” on BBC 1Xtra.”

However, sometime in 2019, a report goes viral online about Okan‘s pregnancy with the YBNL‘s boss Olamide Adedeji.  Olamide and the MTV Shuga actress got together under the impression that he was unmarried and divorced from his baby mama.

Olamide informed her that he was available, which is why she started dating him then. They were in love with one another, the insider said back in 2019. When Maria learned that the YBNL CEO was still with his longtime lover and baby mama, the romance started to wane.

Olamide’s Alleged Baby Mama Maria Okan, Open Ups On Reality of Raising Her Daughter Alone In the UK Without Her Father

The actress reportedly relocated outside of the nation while she was expecting. Okan made a big deal out of her daughter’s birthday in 2020.

After His Tragic Car Accident, Dunsin Oyekan Thanks God for Gift of Life As Adeboye, Nathaniel Bassey & Sammie Okposo Reacts to Horrible Incident
A Comprehensive Guide to Canada Sponsorship Visa Job & How to Get Sponsorship Job Visa In Canada
Advertisement