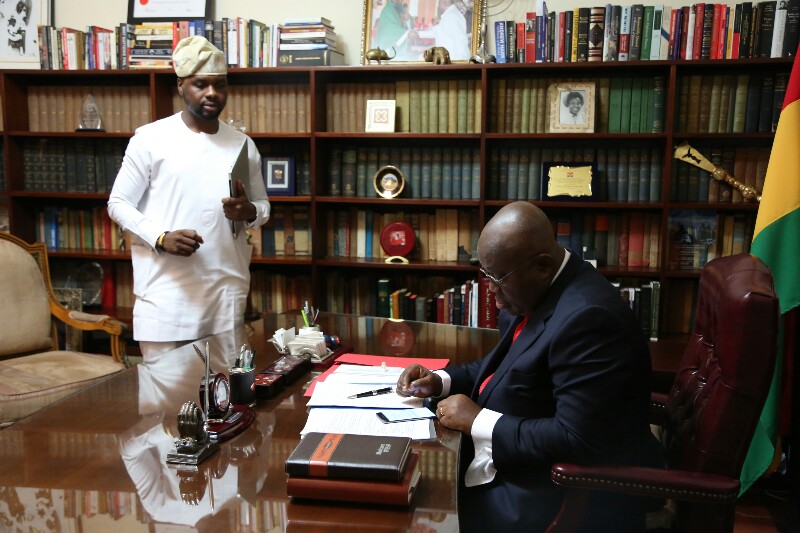 It would be a remarkable achievement for an entrepreneur of any age, but at just 31 years old, Nigerian Adebola Williams has already helped three presidential candidates to election victory.

As the founder of political communications agency StateCraft Inc, Williams worked on the campaign that got Goodluck Jonathan elected to the Nigerian presidency in 2011. Four years later he provided his services for the successful election campaign for Jonathan’s rival, current President Muhammadu Buhari. Then, completing his hat trick, he worked on the communication strategies that helped secure the election of Ghanaian President Nana Akufo-Addo in 2016.

Williams has now co-written a book, “How to win elections in Africa,” detailing his techniques.
So what’s his advice for wining an African election? His strategy sounds simple: brush up the presidential candidate’s image and, crucially, bolster his popularity among the youth.

USING MEDIA FOR CHANGE — AND ELECTIONS

Williams attributes his success with StateCraft Inc. to his understanding of the youth market.

That understanding has come from building a media empire that goes beyond StateCraft. Along with business partner Chude Jideonwo, in 2006 he founded Red Media Africa, a corporate PR and communication company based in Nigeria, which has worked with the likes of Facebook, Uber and Intel.
Through parent company Red, they also own content brand Generation Y!, which runs a number of Nigerian media platforms, as well as The Future Project, a social enterprise that celebrates outstanding young Africans through its annual Future Awards.

“We work to change narratives, to shape opinion, to drive a common good and provoke action,” says Williams. “So that is a journey — using media for change and using media for elections.”

From an early age, Williams was desperate to be on television, and at the age of 17 he landed his first gig co-presenting a TV show, “Youth Talk,” on Nigeria’s national NTA Network. By 19 he was producing his own show, “Nigeria International.”

“I just wanted to be in the media space … because I believe that the media is the best tool to reach people,” he says.

Coaching presidents to be media-savvy was a natural progression.
Williams established StateCraft Inc. after presidential candidate Jonathan’s team reached out to him in 2011 for help with a communication strategy. Williams was optimistic he was the leader Nigeria needed.

“Jonathan came through to us as a leader who appreciated the importance of youth participating in national development on all fronts,” he says. “We went into it hopeful that he was going to be a breath of fresh air.”

But Williams says he switched sides when he felt the Jonathan administration had fallen short on many areas of governance.

“When we were then approached by the Buhari campaign in late 2014 … we didn’t have much of a doubt it was the right thing to do,” he says.
Williams says StateCraft helped “humanize” Buhari’s message of change to connect with the youth. Through photo shoots and a social media campaign, the team “softened” his image when needed and “refreshed the firm leader image” to communicate his stance on corruption and security, he explains.

CHOOSING WHO TO REPRESENT

Following President Buhari’s election in Nigeria in 2015, Williams was approached by the two main political parties in Ghana to work his magic.
After analyzing the current state of Ghana, finding out what the citizens wanted and meeting the two presidential candidates, Williams chose to represent Akufo–Addo.

” What we did in Ghana was present a candidate in the way that connects to young people in Ghana … connects to pop culture in Ghana, connects to anger in Ghana and then direct the people to action, and the action is really to vote for our candidate.”

When it comes to deciding what makes a great African leader, Williams believes that African countries need to be more like startups.

” (We need to) get to a point where those who are in the eye of the decision have come from an entrepreneurial or intrapreneurial background, who understand the concept of growing something.”

Legendary Collabo! Eminem and Beyonce New Single, Will Make You Walk on Water
5 Sure Ways To Transform Your Business Idea Reality
Advertisement