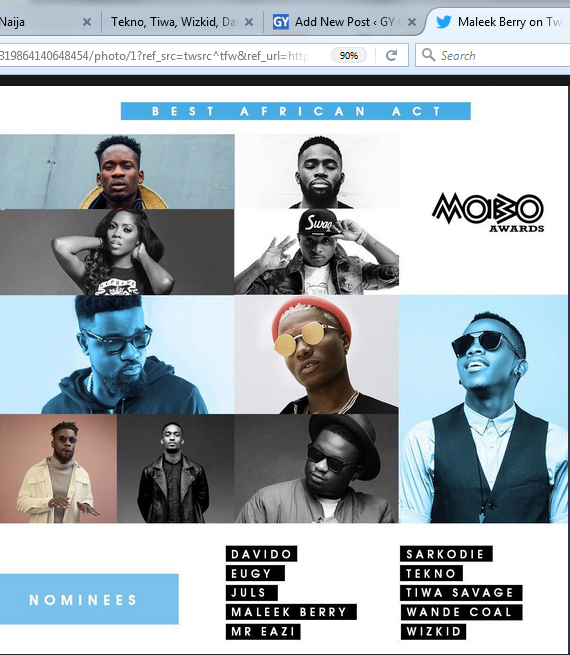 It’s another survival of the fittest among Nigerians musicians as they dominate the nominees for this year edition of MOBO Awards 2017.

This year edition of MOBO Awards 2017 in the ” Best African Act ” is heavily contested by some of Africa’s finest music acts from the ongoing year. The list is dominated by Nigerian artistes like Tekno, Wizkid, Davido, Tiwa Savage, Mr Eazi, Wande Coal, Maleek Berry. Other African music stars to have made it on the list of nominees are Sarkodie, Eugy and Juls from Ghana.

OMG!!! Bruh! I just found out I got nominated for another MOBO : Best African Act! God is amazing!!! 2 Nominations 😩❤️ Thank You @moboawards pic.twitter.com/t3t0zEGc9Z