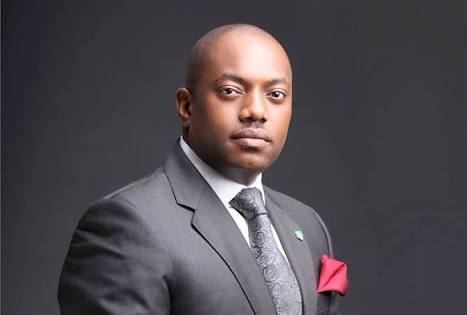 As the 2019 general elections draw near, with President Buhari also passing the #NotToYoungTooRun Bill recently. Nigerians are expected to get their PVC (voter’s card) and head out on elections day to vote for their favorite candidates. Some youthful candidates have declared their interest to rule Nigeria, but here are our top five young aspirants.

Hails from Cross River State, Nigeria. Born September 30th, 1961. He was the former governor of Cross River State from (29 May 1999 to May 2007) and also the former commissioner for finance and planning. He initiated the Calabar Carnival in 2004 which is popularly referred to as “Africa’s biggest street party”, The Tinapa Free Zone and Resort and Obudu Ranch International Mountain race.

He received his LLB degree in 1982 from Ahmadu Bello University, Zaria – Nigeria, the B.L in 1983 from the Nigerian Law School, Lagos and an L.L.M. in Business Law and Admiralty in 1984 from University of Pennsylvania.

He made Cross River State a hub of tourism, during his time as governor which generated revenue for the state. He also very organized when it comes to planning and finances.

Born 1963 in Lagos, Nigeria. He was the former CBN deputy governor and also former United Nations official. He is currently the president of the Institute of Governance and Economic Transformation, and Professor of Practice in International Business and Public Policy at The Fletcher School of Law and Diplomacy at Tufts University.

Born 12th May 12, 1971, in Ibadan Oyo State, Nigeria. Adetokunbo Olufela (Oluwafeolami) Durotoye is a public speaker and business strategist. He had his B.Sc. in computer science and economics, MBA/MSc in Business strategy from Obafemi Awolowo University.

In December 2009, he championed then urban renewal project “Mushin Makeover”. The project involved Banky W, Alibaba Kate Henshaw Omini Oboli among others, painting and calling for donations of paints for the project. Young professionals donated free paint and were on hand to paint.

Fela is currently the president of the GEMSTONE Nation Builders Foundation, a non-profit, non-governmental organization targeted at training youths towards transformational leadership and social change.

Born 16th February 1971, hails from Ondo state, Nigeria. Sowore is the founder of online news agency Sahara Reporters. He has degrees from the University of Lagos and Columbia University. He is a lecturer at the City University of New York and School of Arts, New York.

Sowore is also a writer, public speaker, and human rights activist. He led 2,000 students in protest against the Nigerian government in 1992. The protest resulted in police opening fire and seven being killed. Sowore was later arrested and tortured.

Political Party: Sowore has not yet made his political party public, but he uses the hashtag #Takeitback as his campaign motto.

Born 15th October 1962 hails from Ira, Kwara State, Nigeria. She is poet and professor of Language and Communication Arts at the Rivers State University of Education. Funmilayo has degrees from the University of Ilorin, Port-Harcourt and is the Northwestern University.

These are our top five young presidential aspirants. Let us know your views on these and who else you think should have made this list.

Nigerians should endeavor to get their PVC in preparations on the coming elections.

The Story Of Andres Escobar; How Colombian Defender Andres Escobar Was Murdered For Scoring An Own Goal In World Cup 1994
False Asset Declaration: Supreme Court Clears Saraki From All Charges By CCT, Says ” It’s a ‘Caricature of Justice ”
Advertisement