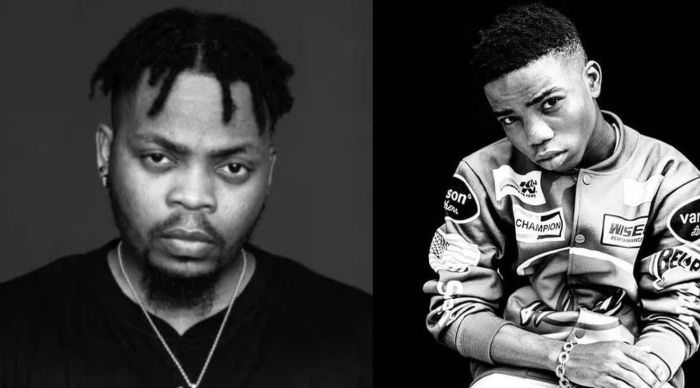 One of Nigeria’s leading online music & lifestyle platform Naijaloaded begins their journey into the Podcast era of publishing, and it’s very interesting so far based on the content they put out. But the latest episode of Naijaloaded Podcast was highly brutal as it exposed some other side of Nigeria’s most beloved rapper Olamide.

In the highly controversial latest episode of Naijaloaded Podcast, it reveals that budding rapper Lyta has part ways with Olamide‘s YBNL Nation label, and some anonymous insider verified source reported that Olamide has unfollowed Lyta on Instagram.

The Podcast further alleges that the likes of Picazo and Yomi Blaze, who became a social media sensation in with their “Able God” Challenge freestyle were not signed artistes under the YBNL‘s label imprint by contract.

The Podcast contains the full gists of the whole situation as well as how Olamide is just milking young talents of their talents in the name of helping them.

Many shocking details are uncovered in this Podcast.

Naijaloaded Podcast Goes Brutal On Olamide’s Artists Signing Business Dealing, Milking Young Talents of their Talents in the Name of Helping Them, Lyta Exits from YBNL & Many Others Shocking Revelation

Listen to the Podcast Below:-

Following the release of the Podcast online, Olamide himself has issued a statement on why he unfollowed music artiste Lyta and also allowed him to exit his record label.

Read the statement Issued on Exits of Lyta from YBNL’s Label below.

Olamide said even though he knows Lyta was lying, he still wished him well regardless and then Lyta goes about saying different Negative things about him.

2. LABEL CALENDAR/MUSIC RELEASE PLAN
Every label with 2 or more artistes has a Calendar that they follow in order to push the various artistes for equality sake and it seems Lyta was not cool with that.

According to Baddo, if one keeps pushing just 1 Artiste only, how would the label and every artiste sign under it grow?

At least, Lyta was popping in 2018 with 2 singles “Time” and “Self Made” with videos and now it’s another person’s turn to get that attention and Lyta must have been pissed, hence decided to leave not remembering other artistes too waited patiently he was the one getting the whole attention last year.

3. LYTA MIGHT BE JEALOUS OF FIREBOY’s SUCCESS LATELY
This is a killer point and as a blogger, you don’t have to say everything before we pick our point.

Fireboy‘s massive success might have triggered something inside of Lyta. Lyta is talented no doubt but the boy might think the Label is not giving him the privilege to drop songs anytime he feels like, a song that can actually take him places and on top of his craft.

At least, others didn’t die when Lyta was popping and going places in 2018 but it seems he doesn’t want others to get ahead of him.

Lyta’s decision to leave must have been because of this reason.

4. INSTAGRAM UNFOLLOW ISSUE
I don’t want Negative vibes around me or on my Page and I decided to unfollow and let peace reign, the YBNL boss said.

In his word, Baddo said, “If you know me too well, you will know I don’t want Negative energy or bad vibes around me“.

Bad energy or pity face affects me badly and I can’t help but scrutinize my page to avoid any issue.

Vacancy! Vacancy! Vacancy! Are You An Unemployed Graduate, Dangote Group Is Recruitment & Open For You.. Find Out All Information Here
” Man United Made Big Mistake for Appointing Solskjaer ”, But You Won’t Believes Who Sir Alex Ferguson Says Deserves That Job
Advertisement