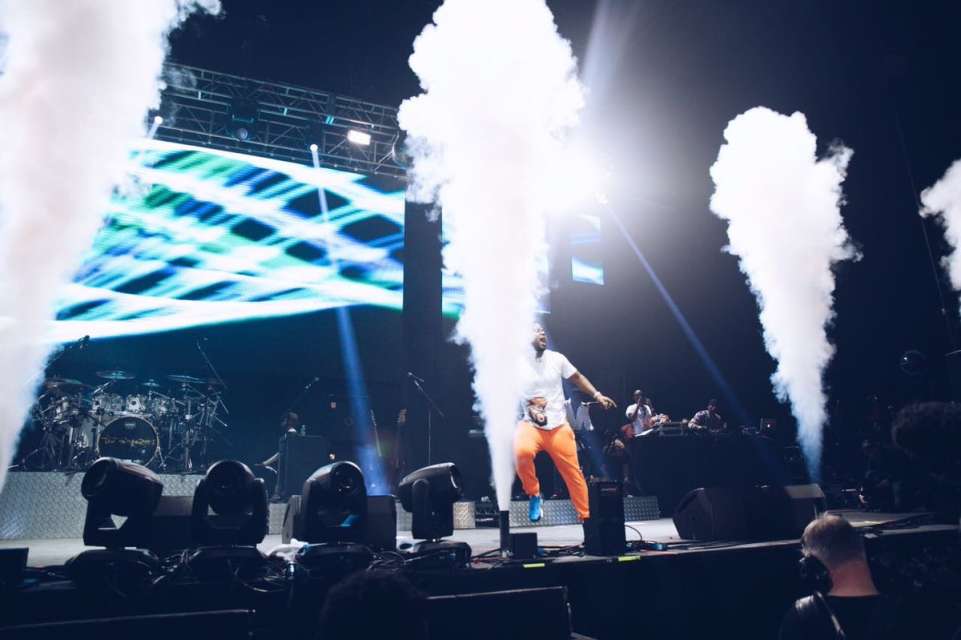 African and Nigeria are an uncultured, unpunctual, unstructured and unprofessional environment and we got exposed once again in London, due to our bad habit and our lawless society of getting away with everything.

According to successful entrepreneurs such as Bill Gates, late Steve Jobs, Warren Buffet, Aliko Dangote, Mark Zuckerberg and others believes that ” Time ” is precious and essential commodity that anyone could not buy, meaning that ” Time ‘‘ is scarce commodity.

The inter-city One Africa Music Fest, kick off its 2017 project on Saturday 13th of May,  2017, at the SSE Arena, Wembley, London, United Kingdom. The highly promoted and anticipating concert is meant for promoting and showcasing African music wherever it being consumed around the world, and it was announced to start off at 7pm, according to the venue website.

The event didn’t start until 8.20pm, precisely over an hour after the show was scheduled to start, that everything kicked to life. The host of the show is Nigerian label executive and R&B singer Banky W who came on stage, almost an hour and a half behind schedule, and told the audience of 12,500 people they should be used to “African time” by now.

That’s horrible statement coming out from the Banky W considering his previous outing in New York where everything was on time, and was a smashing success which set the bar for what to expect from the One Africa Music Fest brand.

The One Africa Music Fest is put together by industry veteran Paul Okoye and his Upfront & Personal Global Management Agency, had also partnered with American rap mogul Jay Z‘s streaming platform Tidal to stream the show live on their platform.

Lack of proper time management distrust the performances Nigeria-American singer Jidenna, who was unable to perform in front of his UK based fans because his own case was worsen as event manager cut off the light when he was supposed to call on stage to perform.

Big shout to Paul Okoye and his team, but you can’t line up and fly 21 biggest artistes and DJ’s from African continent such as Davido, Tekno, Alikiba, Sarkodie, Cassper Nyovest, Olamide, PSquare, Jidenna, Falz, Banky W, Phyno, Victoria Kimani, Flavour, Tiwa Savage, MI, 9ice,Skales, Emma Nyra, Eugy, Atumpan and Sonoman and DJ sets by Crowd Kontroller (CK), Obi, Spinall and Abrantee to UK, and plan of giving them 20 minutes to showcase themselves in front of the fans in London.

We got disgraced and exposed in London, due to how we don’t see business as a profession, while time is essence because each-each seconds count and finally our African and Nigeria mentality of poor time management and unpunctuality are held accountable for our action on Saturday.

Delays have consequences and we paid for it, as Banky W beginning to whispers into the ears of performers, and telling them to hurry up their sets because there is ‘no time’, there was trouble in the air. Check out the list of stars who were hurried through their acts:

Popular online social media influencial Rosanwo, gives account of his experiences how Banky W told them they should understand because we are should be used to African time” :

At the patience end from the event manager they switch off the light and Banky W was spotted on stage in a solitary and confused figure, holding on the mic, and asking the audience and the organisers the million dollar question:

“Have the turned off the power?”

Yes Sir. They have turned off the power.

Here is what Jidenna had to say a few hours ago via an Instagram video post about his disappointment.

Cheers to the artists and organizers of #OneAfrica! I was supposed to perform 2night but the show was cut off as I waited backstage. pic.twitter.com/wPlD0pE9Kf

In the final words of Jidenna who was disappointed by the behavior of Africans:

“Cheers to the artists and organizers of #OneAfrica,” he wrote. “I was supposed to perform 2night but the show was cut off as I waited backstage. I’m disappointed that London wasn’t able to see me 2night. Regardless of whose to blame, to make this our time we must be on time #OneAfrica .”