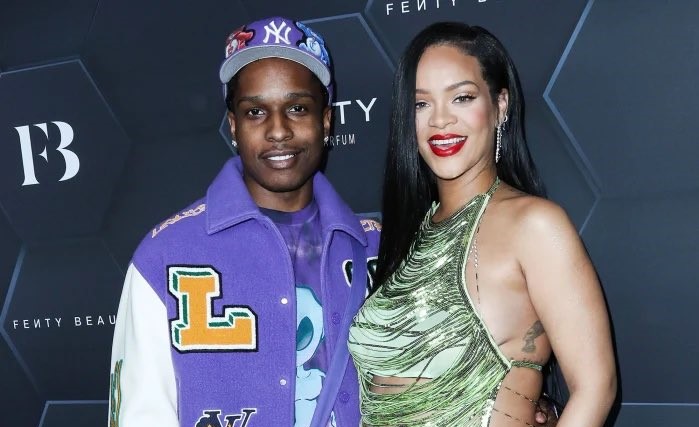 Did Rihanna and Asap Rocky Split?

American pop singer and fashion billionaire Rihanna and rapper Asap Rocky could have called it to quit, according to several reports. The singer Rihanna‘s relationship with rapper and producer Rakim Nakache Mayers, best known by his stage as A$AP Rocky, could be over.

The love they professed appears to have shattered in the face of a version that pointed to the singer-apparent songwriter’s adultery while they waited for their baby to be born and after over a year and a half of making public that they were having an affair.

Is Rihanna and ASAP breaking up?

Internet Is On Fire

Louis Pisano, a fashion influencer and pundit with over 130k followers on Instagram and over 19k followers on Twitter, posted it on social media with a fiery statement.

Wait! Did Rihanna and Asap Rocky Split? Here’s Everything You Need to Know About The Infidelity Rumour Including the Involvement of Amina Muaddi

What is happening between Rihanna and ASAP Rocky?

“Rihanna and ASAP Rocky have split. Rihanna broke up with him after she caught him cheating with shoe designer Amina Muaddi,” stated the comment on his account @LOUIS_VIA_ROMA.

The designer’s text, which also mentions that the alleged adultery took place during Paris Fashion Week, received nearly 17 thousand likes in minutes and was shared more than 10.6 thousand times, with over 2,400 retweets.

You better be joking!! CHEATING ON RIHANNA???! pic.twitter.com/4WIu6ge6VJ

However, fans of the 34-year-old Barbados singer believe she is expecting a child and cannot understand how her partner could do such a thing.

It’s worth noting that this controversy has erupted just days after a portion of a photo session for Vogue magazine, in which Rihanna flaunts her pregnancy, was leaked.

Did Rihanna and Asap Rocky Split?

Although no official source has yet to confirm or refute Louis Pisano’s assertion, his statements get even more notoriety when he mentions that Rihanna and Amina were friends to the point where they frequently visited each other, as the woman who is now supposedly the cause of her separation with A$AP Ferg. Rocky was a partner with her Fenty fashion line.

Pisano further reminds out that the rapper’s relationship with Amina has been going on for several years.

Amina was responsible for designing Fenty’s footwear offering and Rihanna is often seen in custom shoes from her own label.

Who is Amina Muaddi?

Muaddi is a shoe designer and entrepreneur best known for her self-named brand. She’s been featured in Vogue several times for her designs and collaborations with Rihanna’s Fenty label.

On her personal Instagram, the teenage designer has over a million followers. She was designated one of the “5 Break-Through Accessory Designers” by British Vogue.

Amina Muaddi, the designer who dazzled Rihanna with her incredible creations, might be able to assist you. Amina, like RiRi, has a vast list of celebrity clients and even her own business that is reinventing women’s footwear.

Muaddi revealed to British Vogue in 2019 that she is acquainted with Rihanna’s stylist, which is how their friendship began.

Amina was introduced to Rihanna through Jahleel Weaver, the singer’s stylist, and ever since then, Rihanna has fallen in love with Amina’s creative designs and even enlisted her to design shoes for her Fenty drop in 2020.

“Well, Rihanna’s stylist and I are friends, so he saw some early prototypes,” she said.

“Fenty reached out to me because Ri liked what I did and she was wearing my shoes and rocking them flawlessly,” Amina told Harper Bazaar in 2020.

Praising the singer in another interview with Vogue in 2019, Amina said: “But then she bought a few pairs herself via her personal shopper.  “She’s such a nice person. She sent me some Fenty clothes when she launched her own label – I feel amazing when I’m wearing them. There’s that swagger, you feel like you are channeling Rihanna.”