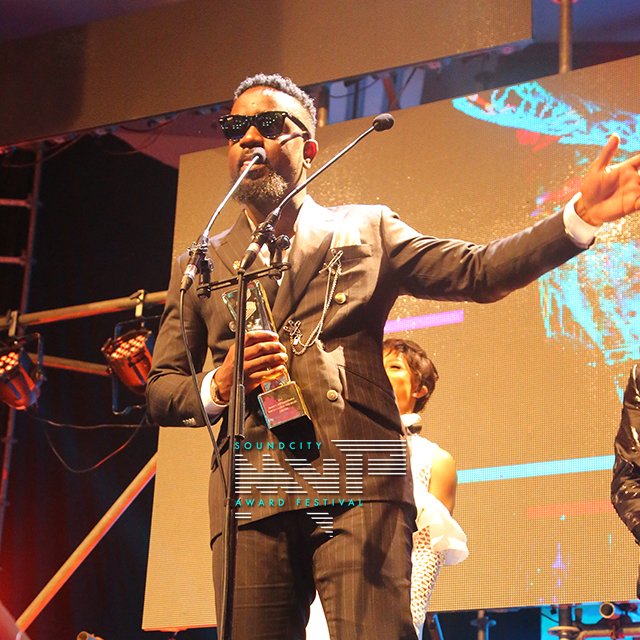 The 2018 edition of Soundcity MVP Awards Festival is back again.

The prestigious awards ceremony takes place today January 12, 2018 at the Eko Convention Centre of Eko Hotels, Victoria Island, Lagos in Nigeria. The Awards ceremony was created to celebrate the extraordinary effort of Nigerian and African musicians in their various field of expertise’s. The big winner of the night is Davido as he wins three awards, follows by Maleek Berry who wins 2 awards .

The ” Fia ” singer wins the ” Song of the Year  ”,  ” Video of the Year ” & ” African Artiste of the Year ” , Maleek Berry wins the ” Best Pop ” & ” New Artist ”, while Davido‘s close rival Wizkid wins ” Digital Artist of the Year ” as African king of music streaming, but here are complete full list of winner at Soundcity MVP Awards Festival 2018. The event was hosted by ever dynamic Ebuka, with musical performances from Yemi Alade, M.I Abaga, 2baba, Kiss Daniel, Niniola, Iyanya, Ice Prince, Tiwa Savage and many others.

Song Of The Year: ‘If’ by Davido

Producer Of The Year: Young John

Digital Artist of the Year – Wizkid

African Artiste of the Year : Davido

OBO bringing the FIA (and the 30 Billie Gang) as he accepts his award. #SoundcityMVP

“I dedicate this award to una oh (fans) cos na una help me this year oh…. I want to give a shoutout to my brothers Wizkid, Olamide… to my big brothers D’Banj, 2Baba, P Square”

Congrats to all winners…

DJ Cuppy Interview On HypeBae, And Here’s Her Message to Women That Wish To Enter The Music Industry “Get Ready To Work Hard Or Go Home”
#SoundcityMVP : How Davido Celebrates Wizkid, Olamide, D’banj and Others For Putting Africa Music On Global Map at Soundcity MVP Awards Festival 2018
Advertisement