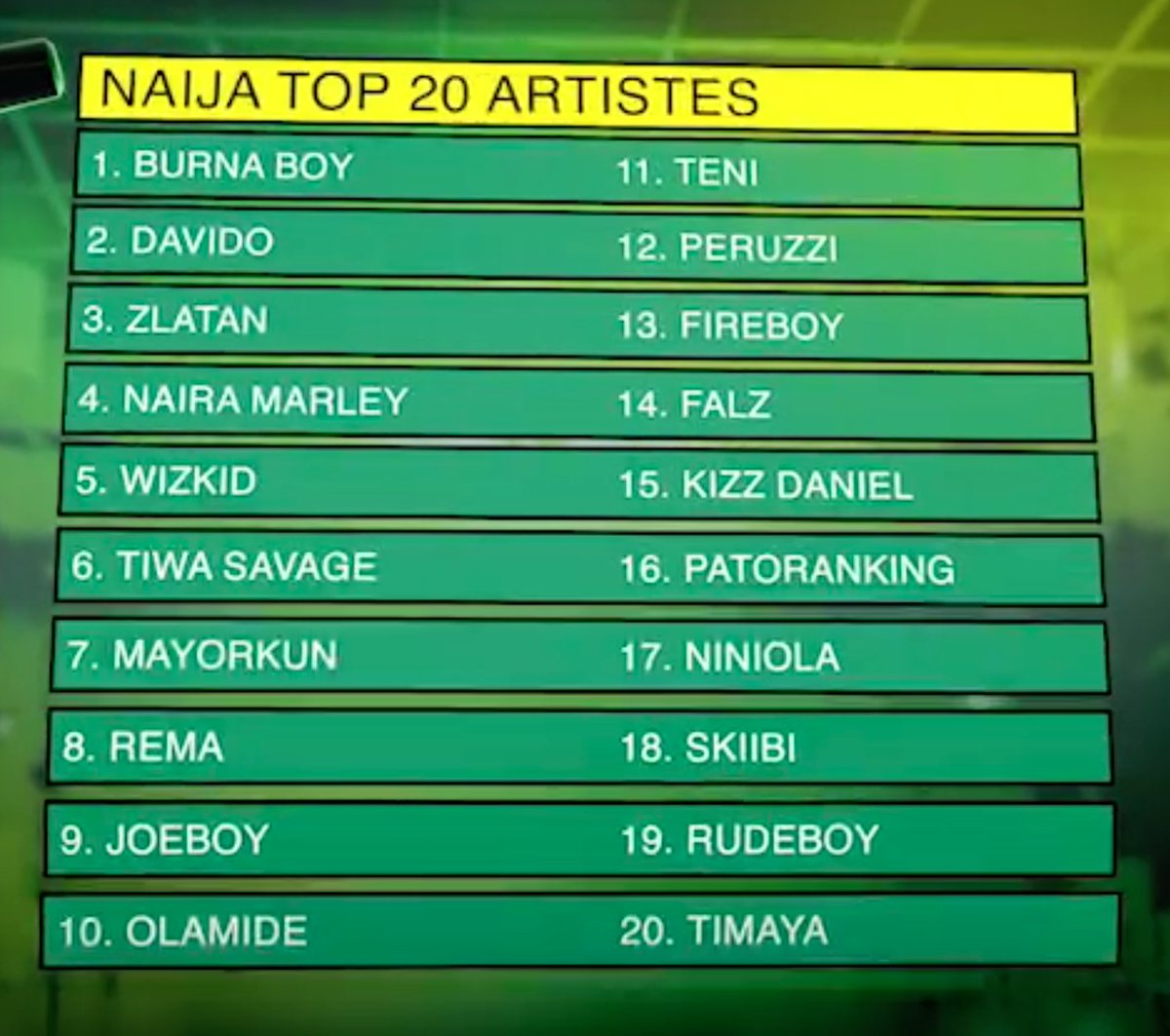 It’s an era of the list, and we’re seeing it coming from different angles, as writers and fans opinion was divided on who had the best year among there favorite artists and producers. Africa’sNigeria leading premium urban and lifestyle channel, MTV Base West Africa is out with its annual roundtable review of hottest Nigeria Artistes of the year 2019.

According to the MTV Base West Africa team, the criteria for this year roundtable of top 20 Nigerian Artistes Of 2019 is based on the impact of the artiste during the calendar year such as airplay, digital downloads, chart ranking, and general visibility, the artiste achievement, accolades, following, local & international attention.

Criteria For MTV Base Top 20 Nigerian Artistes Of 2019

Here’s the list of MTV Base Africa for the top 20 Nigerian Artistes Of 2019 that got music fans talking.

Here’s the MTV Base West Africa List That Got Music Lovers Talking + Top 20 Nigerian Artistes Of 2019 by MTV BaseWest Africa, And Did You Agree With It Or What’s your Thoughts?

Continue Reading
Advertisement
You may also like...
Related Topics:MTV Base Africa, MTV Base West Africa

All Hail the Queen of Christmas and 21st-Century Marketing Genius, As Mariah Carey’s 1994 Christmas Album ” All I Want For Christmas Is You ” Tops Billboard Hot 100 Chart
From Arrests to Detention, Quilox’s Sealed Off by Lagos State Government & Shina Peller’s Over 15-Hours In Police Detention, Here’s Reasons Police Arrests Shina Peller & Quilox Night Club Sealed Off by Lagos State Government
Advertisement