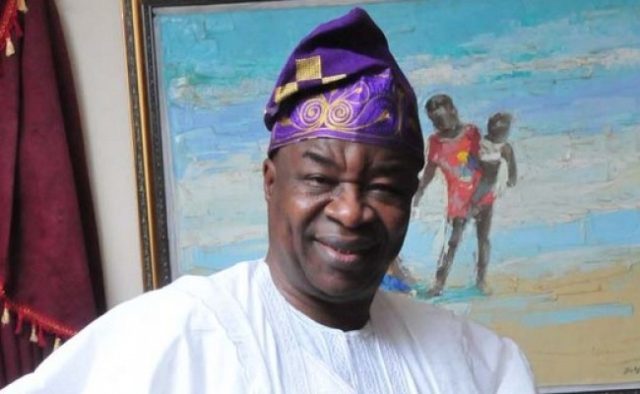 Wale Adenuga, who’s veteran in the movie industry with over decades of experiences and services to the sector noted that things are not working out the way it should in the movie sector.

The owner of popular weekly movie series, Wale Adenuga Production, pointed out that the actors and actresses who live flamboyant lifestyles are not earning from the movie, because “Many of them lift themselves by using sugar daddies and sugar mummies.”

He made this remake over the weekend in Ibadan with the following words below:

“Many people are oblivious of the fact that many of the young Nollywood actors and actresses who live flamboyant lifestyles make their money outside film making. They make people believe everything is alright in the film making.

“You see them building big houses, living in affluence, but their source of money is beyond making the film.”

Is Edmund Obilo Quarantined At UCH Over Coronavirus Report True Or False? This Is What We Know About The Report…
The Good News We’re Waiting For Is Here! Famous Radio Broadcaster Edmund Obilo’s Coronavirus Test Comes Out Negative
Advertisement

Buhari’s Daughter Isolated After Returning from the UK, But Is She Tested Positive For Coronavirus? Find Out Here

From Seyi Makinde to Nasir El Rufai, Here Are Top 5 Nigerian Politicians Who Have Tests Positive For Coronavirus