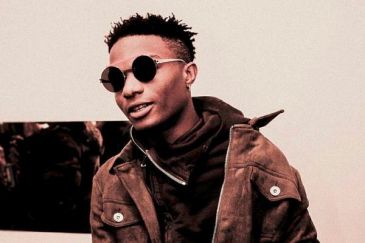 On Sunday 21st of May, Nigerian pop star Wizkid dances his way to three heaven Billboard Music Awards in courtesy of his collaboration features on Drake‘s 2016 summer hit jam ” One Dance ” which features Kyla.

The Billboard Awards has come an gone, but comes June 25th all music-loving fans around the world will witness the 2017 edition of BET Awards, for African continent music fans, one certain category will receive particular attention and that’s the ” International African Act ” category.

Having won the award in 2012 alongside with Sarkodie from Ghana, but can the self-acclaimed starboy – Wizkid win his first ever solo BET Awards. The award had previous shared on two different occasion, D’banj and 2face in 2011 and that of Wizkid and Sarkodie in 2012, while rapper Ice Prince becomes the first ever act from African to won the redefined solo ” International African Act ” category in 2013.

Has Wizkid Dances His Way to Billboard Awards, Can He Win His First Ever Solo BET Awards 2017

Nigerian pop star and Sony Music/RCA Records act Davido won the second ever solo BET Awards in 2014, followed by Ghanaian dance-hall and reggae Stonebwoy in 2015, while South-African artiste DJ Black Coffee won the award last year, at some point the South African’s said Wizkid deserved the honour than their country-men.

No doubt, this year is Wizkid’s year because no African artiste truly deserve the award than him, though he has been nominated at each of the past two editions without winning.

Nonetheless, the 2017 list of nominees is a huge cause of celebration for Wizkid’s StarBoy label, because signee Mr Eazi was recently announced at the 2016 Vodafone Ghana Music Awards, is also up for the award. Joining both StarBoy artists are their countrymen Davido and Tekno. From South Africa, Babes Wodumo, AKA and Nasty C are on the list, as is Ghanaian reggae dancehall act Stonebwoy. Both Davido and Stonebwoy are past winners, the former winning at the 2014 ceremony, and the latter following in 2015.

Has Wizkid Dances His Way to Billboard Awards, Can He Win His First Ever Solo BET Awards 2017