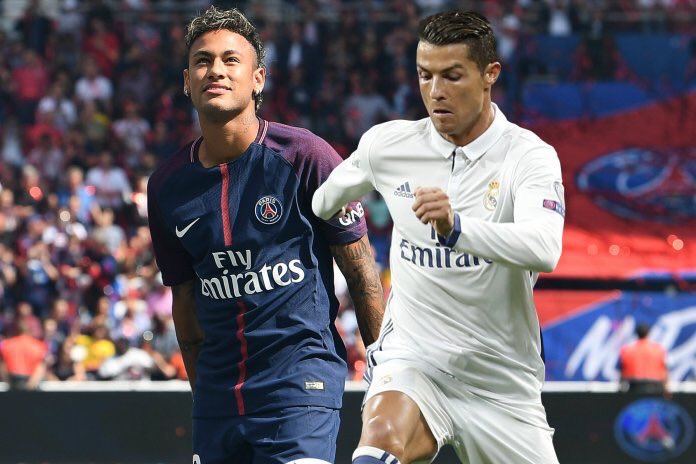 As the countdown begins for one of the biggest night in Champions League history between Paris Saint-Germain and Real Madrid, which is less down six days now, the outrageous part of it is that the ticket was sold out within 37 minutes — I mean Over 81,000 tickets sold in 37 minutes, according to report published online by Football Stuff on Twitter. 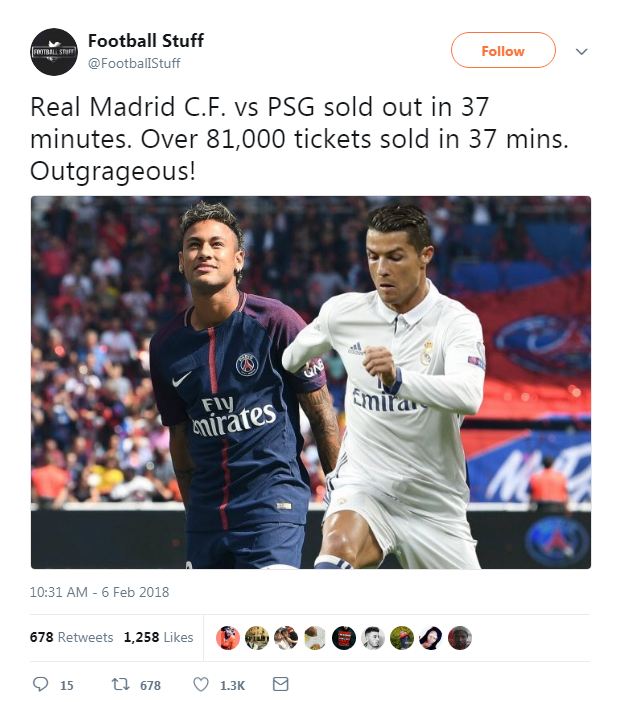 Clash of the Titans! Outrageous As Real Madrid Vs PSG Ticket Sold Out Within 37 Minutes