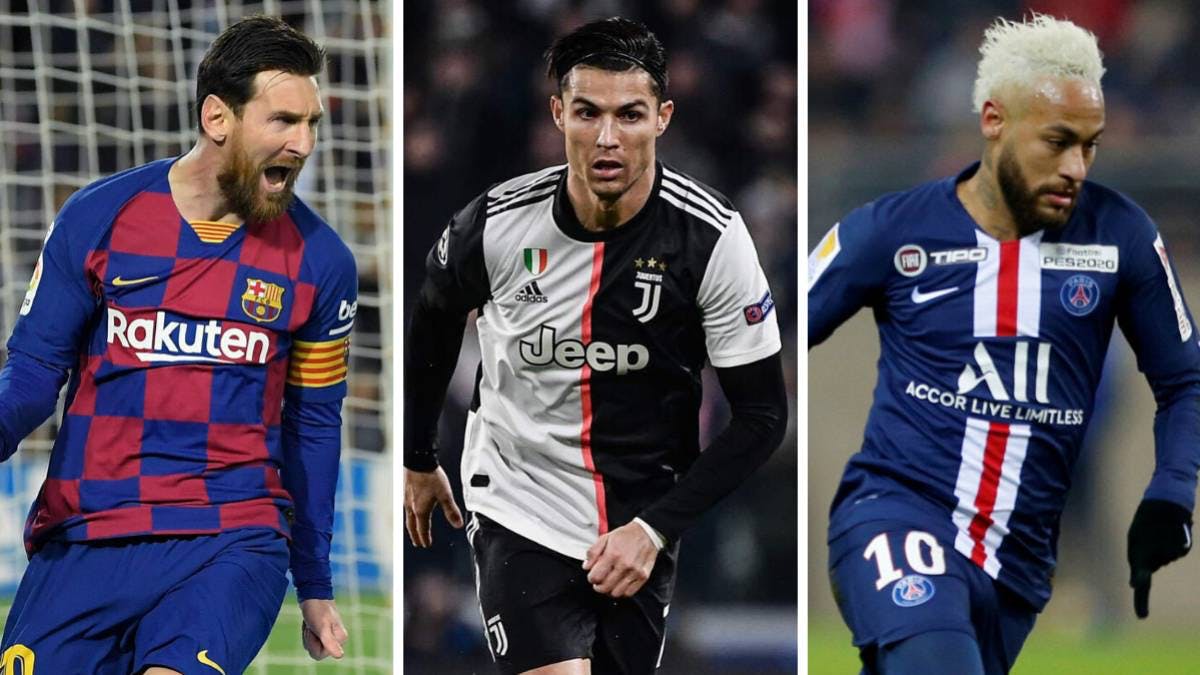 Top 10 Highest-Paid Footballers In The World In 2021

Following the impossible move turned possible to transfer from Barcelona to PSG days ago, Argentina talisman Lionel Messi, remains his status as the highest-paid player in the world for 2021, ahead of his longtime rival, Cristiano Ronaldo, according to several reports.

During the week, the six-time Ballon d’Or winner, Messi sensational moves from his boyhood club, Barcelona to the French giant club, Paris Saint-Germain, becomes talks of the week on all media platforms worldwide, but that transfer made him retain his crown for the highest-paid footballer in the world.

On the 30th of June, Lionel Messi‘s £470m (€555m) deal with the Spanish giant, Barcelona comes to an end, the astonishing highest ever in sports history. Although weeks later Messi agreed to a pay cut of 50% to continue his stay at the Camp Nou, Barcelona was unable to justify theirs due to La Liga’s financial regulations.

That La Liga’s financial fair play regulations leave Messi and Barcelona to part ways, after spending 21-years with the club. On the 8th of August, Argentina forward made an emotional goodbye to the club in an organized press conference by the club, before later signing a lucrative 2-years deal with PSG on a free transfer.

However, Radio Times used publications from reputable sources such as L’Equipe and Forbes, to determine each player’s salary per week at their respective clubs.

With Lionel Messi Lucrative Transfer From Barcelona to PSG, Here Are Lists Of The Top 10 Highest-Paid Footballers In The World In 2021

Radio Times added that its figures didn’t ‘include bonuses, extra fees and players’ various sponsorship deals’ as it ‘can instantly double their annual income.’

Messi is reportedly on a staggering £960,000 per week in the French capital, which puts him £60,000 ahead of second-placed Ronaldo.

“Once bonuses, signing-on fees, and appearance fees are paid, Messi will be lifting a pay packet worth well above the million-a-week milestone, and that’s before external sponsorships,” Radio Times said.

The former Barcelona captain would also earn a hefty £25m through his endorsements and sponsorships deals. And here are the top 10 highest-paid footballers in the world in 2021.

Highest-Paid Footballers in the World 2021

Bayern Munich fork out a hefty chunk of their wage bill per season for Lewandowski’s services – and he’s a big draw on social media with 3.9m TikTok followers.

David de Gea’s Old Trafford contract – worth just shy of £400,000 per week – makes up the bulk of his annual earnings.

He earns more than teammate Raheem Sterling and new Man City signing Jack Grealish who both sit around the £300,000 per week mark.

The 22-year-old’s permanent transfer from Monaco to PSG in 2018 remains the second most expensive in history and he has already plundered more than 100 goals for the club.

Once the most expensive player in football history, Gareth Bale was frozen out by Real Madrid and sent back on loan to Tottenham for the 2020/21 season, where he is struggling to make a mark on Jose Mourinho’s team.

Barcelona’s long-anticipated signing of Antoine Griezmann from Atletico Madrid in 2019 is the fifth most expensive transfer in history but the versatile forward has hardly set the Nou Camp alight.

Ex-Barcelona star Suarez has taken up Griezmann’s spot at his old haunt, Atletico. Suarez was controversially sold by Barcelona for a very low fee and made them pay dearly as he fired Atletico to the La Liga title at the first time of asking.

He is paid more than £30million per year by the French club before bonuses, who have assembled a squad of superstars in their bid to land the elusive Champions League title.

The Portuguese superstar tops up his near-million pound weekly wages with an annual figure of approximately £34m in other earnings from his own CR7 brand and sponsors such as Nike and Herbalife.

Messi has now signed a deal worth £25m per year as a base salary after tax. That works out at approximately £50m per year before tax.