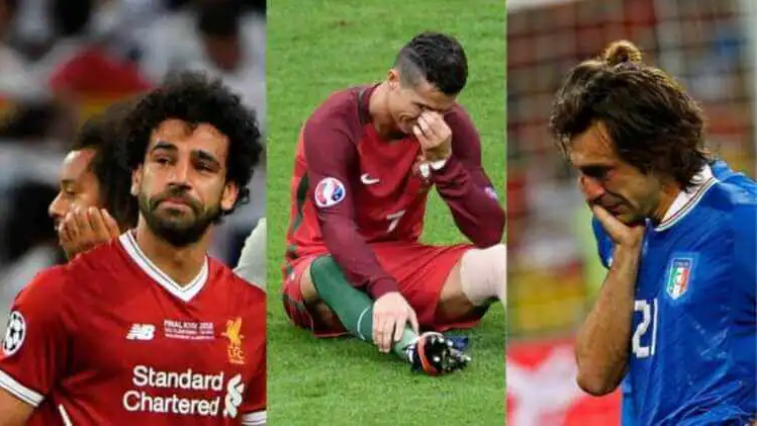 Football is a beautiful game – it has its fair share of celebrations and emotional moments. Unquestionably emotionally invested in their teams, fans cheer them on with fervor and take part in odd traditions to foster a sense of unity.

The sport has its highs and lows, and when a team loses, it can even make mature men cry like toddlers. Players and fans often cry after certain losses because they are so heartbreaking. For this reason, let’s look at some of football’s most moving moments in history.

Sometimes, when all parties involved, most notably the supporters, have given up, certain clubs may make a return, or they might lose a player or a great player, which is a natural life occurrence, but the conditions can be so stressful that they can shake the whole football globe.

You couldn’t be more sympathetic with your players, to be completely honest. seeing them use all of their effort to win a game—dribbling, getting fouled, getting cards, and so on—only to lose because one or more of their teammates made a slip-up for a little period of time. How much more so if they come back to win a game they weren’t supposed to win?

Football players and supporters all over the world have shed many tears, but in this article, we’ll focus on the top 10 most emotional moments in football history. Why don’t we start the Emotional Football Moments now?

After all other African nations were eliminated, the whole African continent set its hopes on Ghana reaching the World Cup Semi-Finals in 2010. The Black Stars of Ghana scored first, but it was equalized, putting the game to penalties.

The hope of seeing the first African team in the semi-finals was crushed when Uruguay scored 4-2 during the penalty shootout. The 2010 World Cup was held in South Africa, which made it even more terrible. One of the most emotional moments in soccer history is when Ghana lost in the World Cup quarterfinal.

Prev1 of 10Next
Continue Reading
Advertisement
You may also like...
Related Topics:Cristiano Ronaldo, Football, Messi