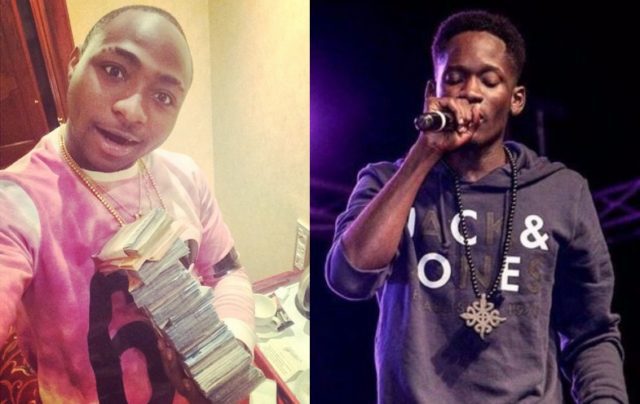 After success in Africa, the profiles of the Nigerian stars are soaring internationally. As soon as he pads into the smart lobby of a Leeds hotel, 25-year-old Nigerian pop star Davido — wearing Gucci slippers and a merch shirt from his 30 Billion world tour — is accosted by excited staff requesting selfies. One woman tells him: “I listen to your music every day!”

Davido, aka David Adedeji Adeleke, is slightly jet-lagged, but amiable. He’s arrived in Leeds to perform at the 2017 Mobo Awards, where he’ll also receive the Best African Act trophy. This isn’t Davido’s first UK trip; he’s previously packed out club shows here. He has, however, reached a point where his success across Africa is translating into international recognition.

Having signed a major label deal with Sony, his triumphant latest single “Fia” follows “If” and “Fall” (the latter tracks so far amassing 54.7m and 38m views respectively on YouTube). Last month, he won Best African Act at the MTV EMAs, and in early 2018 his 30 Billion tour (which has already covered venues across the US, Spain, Djibouti, Ivory Coast and beyond) hits the UK.

“Funnily enough, this is the first time that I’ve won European awards,” says Davido, in sweetly raspy tones. “I realised that when I really focused on Africa and my culture, that’s when people started recognising me. I travel a lot, but I know the kind of environment I need to be in; I’d rather create the music at home, in Lagos. The travelling distracts me, because there’s so much going on.”

In the western music mainstream, the profile of young African talent is soaring. Of course, Africa’s vital influence on, and cross-pollination with, international music scenes, has been deep-rooted over decades; among countless examples are Fela Kuti’s Afrobeat movement and legendary 1970s Lagos hotspot The Shrine, which drew the likes of Paul McCartney to work in Nigeria.

The 21st century has seen collaborative projects such as Africa Express: launched by British musician Damon Albarn; it has connected artists from Mali, Congo, Senegal, the UK and the US. But recent years have also seen the mainstream focus on “afrobeats”: seemingly a catch-all term, yet very distinct from Fela’s polemical grooves. Afrobeats sounds are fuelled by youth culture and catchy anthems, their vocals and rhythms laced with electronic effects.

Many others, such as Davido, are Nigerian talents whose success was established well before western attention: D’banj, say, who scored a 2012 hit with “Oliver Twist”, or Wizkid, who raised the roof at London’s Royal Albert Hall in September. Afrobeats has also notably inspired work by international stars including Beyoncé and Drake.

Davido, Mr Eazi and How Afrofusion Went Mainstream in the West

Why is it that the western mainstream has now experienced an awakening? “It’s the internet and social media,” replies Davido, with the assurance of someone who has Nigeria’s biggest Instagram account (5.5m followers). “I’m telling you, Nigerian people have a supportive force, and an amazing energy. Beyoncé and Kanye felt it on their visits, but Nigeria has always been very big on entertainment; when I was little, a big artist would come over to play every Christmas. Now the music industry in Nigeria is like a government ministry; it’s worth billions. There are so many artists in Nigeria that you might not have heard of, but trust me, they’re doing well.”

Davido has never played down his own wealthy background; his 2012 debut album was entitled Omo Baba Olowo (Yoruba for “Son of a rich man”). He was born in Atlanta, Georgia, to a family of Nigerian entrepreneurs, and he returned to the US to study engineering; when Davido went Awol to pursue music instead, his father was decidedly unimpressed — and had him arrested upon his reappearance in Lagos.

“My dad didn’t like me doing music!” laughs Davido. “If he saw my face on a billboard, he’d arrest everybody at that show! But when I made the song ‘Dami Duro’ [2011], it became the biggest track in Africa; it’s saying: ‘I’m the son of a rich man, you can’t stop me, and people love me.’ It now feels good for dad to see that music can take me this far.”

This multilingual pop wave is arguably pan-African, with artists and fans taking inspiration from countries around the continent; it highlights the rich disparity of African cultures — and the limitations of the “afrobeats” tag.

“In Nigeria, we all mix sounds together and collaborate; it’s natural,” says Davido. He prefers to call his own music “afrofusion”, with elements including hip-hop, Ghanaian high life, South African kwaito, and R&B.

“It’s been generalised as afrobeats, but I have songs that sound like afropop, afrotrap . . . “

Another rising star is 26-year-old Mr Eazi, aka Oluwatosin Oluwole Ajibade, born in Nigeria before moving to Ghana at the age of 15. He’s achieved far-reaching plaudits for his mixtapes About To Blow (2013) and Accra To Lagos (2017), and nowadays he’s often based in London (“It’s six hours to Lagos, six hours to Accra, seven hours to New York”).

“It reflects all these cultural and sonic influences I grew up with. A lot of people get it, because it’s varied, but it reminds you of personal connections. If you shed light on African music within the African continent, or even if you were to travel within Nigeria and listen to the radio, you’d think: wow, the generalisations are unfair. I’ve also played in francophone countries like Congo and Gabon, where, 99 per cent of the time, the audience don’t understand what I’m singing in pidgin English. But if you make music that has soul, there’s no limit to where you can go.”

Eazi isn’t keen on all categories: “I refused to upload my latest single ‘Pour Me Water’ under ‘world music’,” he says, laughing. “I put it under ‘pop’.” These contemporary hits — often featuring glitzy visuals and brand endorsements — tend to be pointedly apolitical.

Davido expounds the power of party music. “Everyone wants to have a good time,” he argues.

“There’s so much going in Africa, the last thing people want to hear is sad music.”

Eazi’s songwriting, meanwhile, highlights universal themes: “I take things that everyone can relate to,” says Eazi.

“‘Pour Me Water’ is a classic story of a guy who’s stuck on someone who’s no good for him; he’s asking for a wake-up call.”

There is also an impressive strength and sophistication in these young artists’ sense of autonomy. Davido applies a precise creative control throughout his extensive schedule. Eazi blends his creativity with business acumen; before music, he studied mechanical engineering and started his own companies, from phone trading to events promotion.

He invested the sales revenue from his first record in video shoots and touring; he studied Spotify and social media data to sense where to book US dates in the spring of 2017, and he has joined Wizkid’s Starboy Entertainment alliance — although he is quick to point out that “It’s not a record deal; it’s a collective to create projects and hopefully tour together.

“Music was always my escape. Now the challenge is what keeps me going,” adds Eazi.

“This year has been an eye-opener for me, just seeing what the ‘back end’ of the industry is like. Collaborations introduce the sound to new audiences; they’re gateways to both places.” Africa’s pop sensations might not tag themselves as “world music”, but they possess a modern vision and drive for genuinely global success.