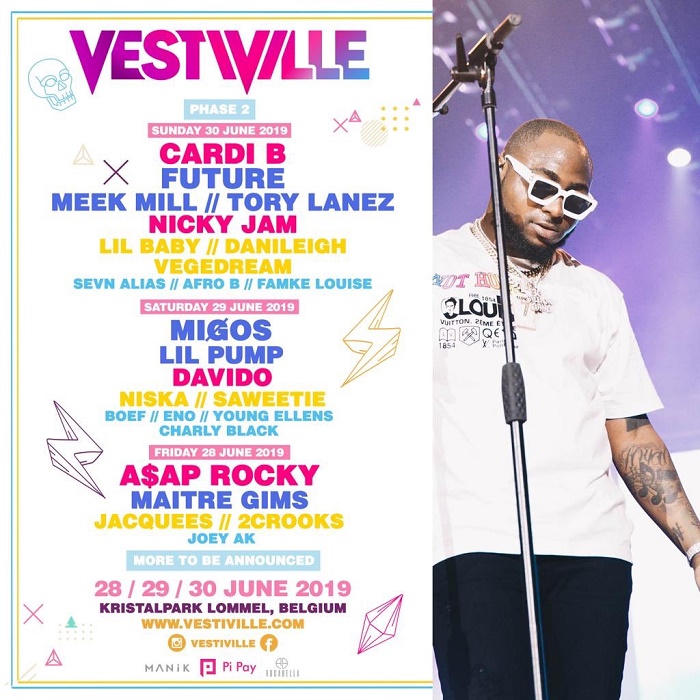 After success from his 02 Arena sold-out concert last week, Nigerian Afro-pop superstar Davido is scheduled to perform alongside with American biggest stars such as Cardi B, Meek Mill, Migos, Future, Tory Lanez, ASAP Rocky and others at the at the 2019 VestiVille Festival in Belgium.

VestiVille is a brand new music festival in Lommel, Belgium. The festival is positioning itself to become the premier hip hop and urban music experience in Europe. 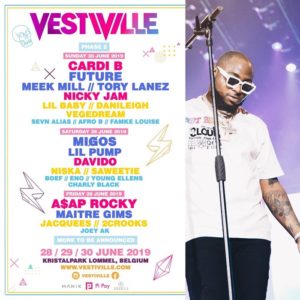 Davido to Perform Alongside With Cardi B, Future, Meek Mill At 2019 VestiVille in Belgium

The newest project from the people behind Amsterdam’s Vestival, VestiVille is bigger in every way, featuring a line-up headlined by some of the biggest names in music.