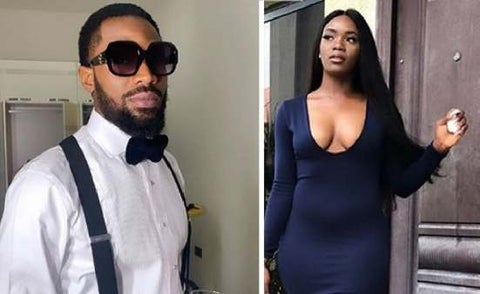 Here’s Everything You Need to Know About D’banj Alleged Rape Allegation, From Arrest to Detention & Intervention of Inspector General of Police

In the last few days, social media space has been buzzing with the report of D’banj’s alleged rape allegation stories, and emotions with a sided angle and power tussle become bullet of the ongoing rape scandal. If you’re not following the story before, just relax with a bottle of coke, as I’ll take you through on a cruise of how Africa’s most beloved entertainer with scandal-free become an entertainment gist.

On 3rd of June, Nigerian model scout Benjamin Ese alleged that D’banj raped his friend Miss Seyitan Babatayo, on December 31, 2018, at Glee hotel in Victoria Island, Lagos. She said it happened at an all-white party where D’Banj allegedly offered her friend some money to spend the night which she rejected until he surprisingly showed up in Seyitan’s hotel room around 2 in the midnight.

“D’Banj drove all the way from Eko hotel where he was lodged and came down to glee hotel in Victoria Island at midnight 2.40 am and collected the spare key from the receptionist,” Ese said in the thread which has since sparked an outrage.

She said D’Banj allegedly “got into my friend’s room and forcefully threatened he would walk her out of the room naked, kept his fingers in her vagina and repeatedly raped her.”

Following the online accusation by Benjamin Ese, they further filed legal protection through Ojoge, Omileye, and Partners, and they’re also demanding a public apology on her behalf. According to a report by Premium Times, the lawyers said D’banj’s decision on the matter will determine how far they will take the legal battle, and they here to settle the matter legally because they are not after “the social media or celebrity kind of justice.” or any attempt of pulling D’banj down.“

Who Wrote Petition to Nigerian IG? D’banj or Seyitan’s Lawyer? Here’s Everything You Need to Know About D’banj Alleged Rape Allegation, From Arrest to Detention & Intervention of Inspector General of Police

The ball is in Mr Oyebanjo’s court. He can either decide to apologize and let the whole matter die down. He can continue to act as if he is not concerned about the situation and he can also fire back. Whichever stand he takes, our legal team is always ready to provide the necessary reaction to the action and to ensure that justice is done in the case.”

“However, we need to state that our client is not concerned about the media in the pursuit of her justice. All she wanted is to heal from her hurt and live the normal life she was living prior to the unfortunate event of December 31, 2018,” they stated.

“There was no ulterior motive in this. Our client has been going through a series of emotional trauma which is definitely damaging to her health. She was ready to move on but the flashes from the past still hunt her one way or the other,” they claimed.

Following the alleged rape allegations that came days before Banga Lee’s 40th birthday and a multimillion naira partnership deal with one of Nigeria’s leading commercial bank, Heritage Bank, D’banj allegedly denied the rape allegations in a legal statement issued by his lawyer, asked his accuser to make a public apology and also pay him the sum of N100m in damages.

Citing they’re after “clout chasers and cyberbullies”, and they’re making an attempts to ruin his image and disrupt the plans for his birthday and album launch.

Here’s the complete documents of D’banj legal suits towards his accusers on the alleged rape allegation. pic.twitter.com/9ITGsCh4CN

However, On Tuesday, 16th of June, some policemen allegedly acting on the instruction of the D’banj arrested & detained Seyitan alongside with her for over 24 hours and also intimidated her, making her delete all chats, social media posts and other vital information from her phone, according to report.

If the arrest had come before the published letters from Ozekhome, one could dismiss it as usual police tactics once a matter is reported to them.

I hate to comment on such things generally but this is terribly unfair and I truly hope the full truth comes out by Justice.

Early hours of today,  a report surfaced the internet through a post by Punch Newspaper, that Inspector General of Police, has ordered the probe of D’banj rape allegation case. The letter was addressed to the Deputy Inspector-General of Police, Force Criminal Investigation Department, Area 10, Garki, Abuja.
The IG’s letter was in response to a petition written to the IG by Mr Tommy Ojoge-Daniel, a lawyer to Miss Seyitan Babatayo, but in another twist it’s was actually D’banj’s lawyer that forwarded IGP on the alleged rape case.

Mike Ozekome SAN is my lawyer and I spent almost 1hr speaking to him yesterday about the D’Bang issue. He’s not the lawyer involved in the criminal aspect of the case. The lawyer who wrote to the IGP & is handling the criminal aspect is the one herein attached. pic.twitter.com/tcQvR1xgnk

Mike Ozekome SAN was only briefed on the 15th of June and he wrote a letter to the accuser asking for retraction & an apology in the civil aspect. The letter by the other lawyer to the IGP was written on the 5th of June. pic.twitter.com/9ePZgKWReN

Developing story, we’ll keep you update as the situation unfolds.