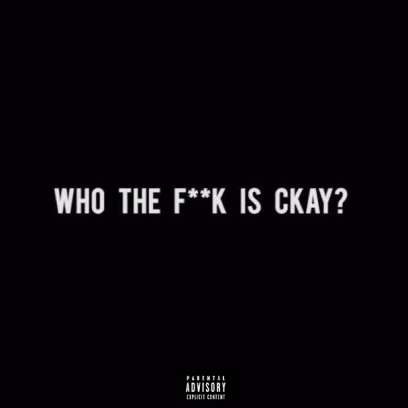 After un-accepted opinion piece by fan, Twitter rants that led to the Greatest Podcast You Ever Do with M.I, Loose Kaynoon and the Loose Talk Podcast hosts Osagie Alonge & Ayomide Tayo, which is full of manipulations tricks, egocentric behaviors, mash-up of insults, attempt to control narrative, disrespectful attitudes and finally the controversial comment ” Who The F** is CKay ” by Osagz.

The heat-headed interactive chat that the Chocolate City Music boss M.I had on the Loose Talk Podcast, which was posted online on Monday, set the Nigeria’s social cyber space on fire throughout this week, while highlight of the Podcast was when Osagie asked the head-turning question that made M.I almost lose his cool: “Who the f*** is Ckay?”.

However, the alleged controversial viral Podcast sees M.I went on defensive mood, while Osagz himself responded that he don’t really mean the context like that and he’s also ” Sorry “ for cussing his leadership at the label.

Nigeria’s social media space has gone frenzy on the statement with several memes being created on it. While also the internet has divided sentiment on the comment, asking that burning questions and finally CKay himself was revealed to general public.

The official Twitter account of Choc Boi Nation introduce CKay once again to the world. Ckay is a producer for one of Africa’s biggest music and entertainment company; Chocolate City Music. He left his home at the age of 17 to chase his dreams of becoming a musician.

A musician with a passion who left his parents at the age of 17 in Kaduna to chase his dreams of being a top musician/producer pic.twitter.com/SMyv6UMoHf

Ckay is a producer for one of Africa’s Biggest music and entertainment company; Chocolate City Music. pic.twitter.com/M3UlbsNRBa

Ckay produced one of the hottest songs of 2016 Miracle by Dice Ailes ft Lil Kesh pic.twitter.com/9PZZBlatFc

Ckay produced “Give them” by Koker, “Day one” and “Chike” by ice Prince and “Ella” by Dice Ailes pic.twitter.com/6yl2q29ag0

The rising star has also used the opportunity of doing interviews with several media houses, and even goes far of releasing an acoustic version of his previously released singles ‘Gaddemit’ and ‘Nkechi Turn Up’. As part tapping in the momentum of the controversial comment, he released 6-track EP via Soundcloud, which features guests such as Dice Ailes and Bella Alubo, with production from himself and Tempoe..

Africa Must Rise, Perception Or Reality by Ogunmola Tope
The Aristocrat Releases Visual for His ” Wo’s ” Viral Cover by Olamide, Directed by Mofti Pro
Advertisement