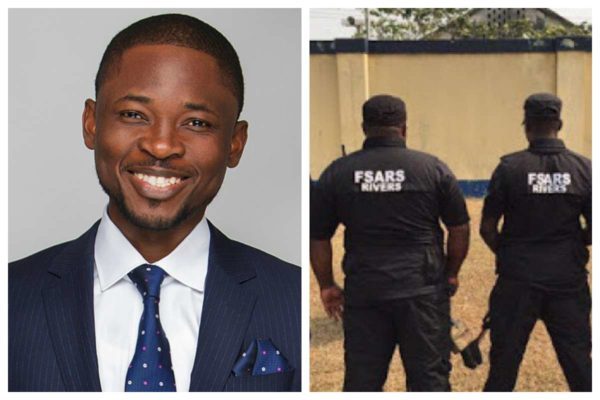 Over the past few weeks, several Nigerians and celebrities have expressed their dissatisfaction over the unlawful activities of the Special Anti Robbery Squad (SARS) a division unit of Nigeria Police with the viral hashtag of #EndSARS. But despite the cries by millions of Nigerians on Social Media for the eradication of the Special Anti Robbery Squad (SARS), the division of Nigeria Police still staying strong.

Outspoken Nigerian Social Media Activist, Politico Blogger and Public Commentator Japheth J. Omojuwa have stated his own opinion on why he thinks that the Special Anti Robbery Squad (SARS), a division of the Nigeria Police is a terrorist organization.

Terrorism: the systematic use of terror especially as a means of coercion | Based on this definition, SARS is a terrorist organization. A legal unit of terror.

I am absolutely certain highly ranked police officers are using SARS to raise money. No way any police unit is so emboldened to terrorize the people while the IG and his fellow mannequins look on.

In the experiential sense, SARS is a terrorist organization.

SARS used to be Special Anti-Robbery Squad. The A is officially dead now.