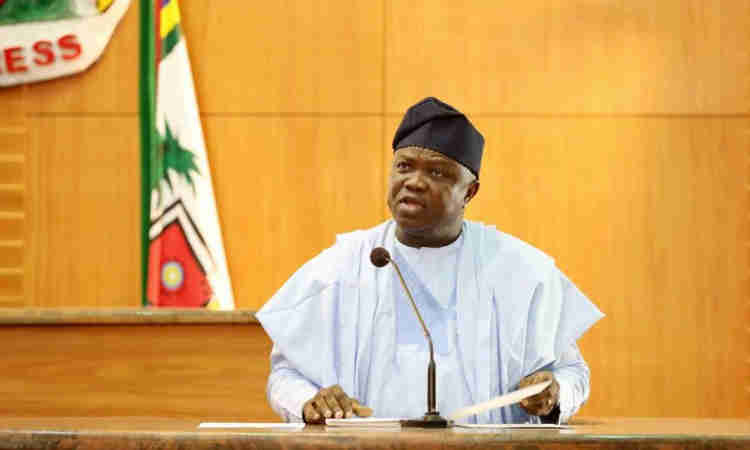 Early hours of today, Lagos State governor Akinwunmi Ambode announces that he will be holding a World Press Conference by 2 pm today, but the outcome of the World Press Conference sees that Ambode has declared a full-scale of media war against Tinubu‘s candidate, but he’s not stepping down from his re-run second term bid and also he’s not leaving the All Progressive Congress (APC).

During the World Press Conference by Ambode today, he questioned APC primaries reschedule for tomorrow, and also allegedly claims that Tinubu’s anointed candidate Jide Sanwo-Olu was once arrested in the USA, for spending fake American dollars in a nightclub. He further claimed that there is a medical record at Gbagada General Hospital that shows the man isn’t healthy.

"Those contesting against me are not fit for leadership position, mine is to alleviate the suffering of the poor, the aspirant (@jideS )against me has been arrested for spending fake dollars in the USA and spent time in rehabilitation in hospital" @AkinwunmiAmbode

Gov Ambode Questioned APC Primaries Reschedule for Tomorrow, Says Sanwo-Olu Was Arrested In the US & Spent Time In Rehabilitation Hospital

Ambode further said that the political godfather anointed candidate Jide Sanwo-Olu has been put up to contest against us is not a fit and proper person.

.@AkinwunmiAmbode now questioning the credibility of @OfficialAPCNg primary election scheduled for Monday. Claims members will be disenfranchise, call on Oshiomole and the party to correct the anomalies before the election takes place.