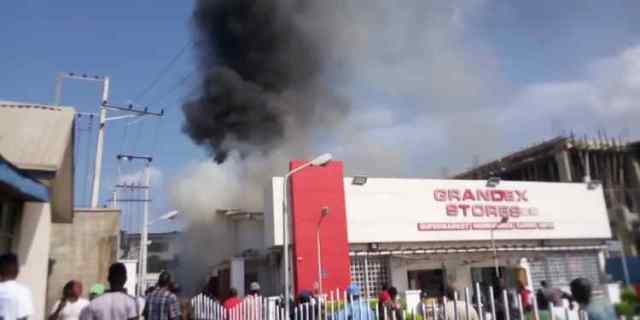 Information reaching GYOnlineNG Metro reported that Grandex Supermarket and Stores located at Bodija, Ibadan, is currently being razed by fire.

According to an eye-witness, the fire started from the supermarket back office, and it gradually spread to the main stores. As at the time of writing this report, the true cause of the inferno could not be ascertained.

The men of Oyo State Fire Service are on the ground battling with the fire but it keeps raging.

(3:20pm)Grandex Supermarket and Stores located, Bodija, is currently being razed by fire.
The fire started from the back office and spread to the main store.
The men of Oyo State Fire Service were seen on ground to put out the fire pic.twitter.com/inf5hQVgfS