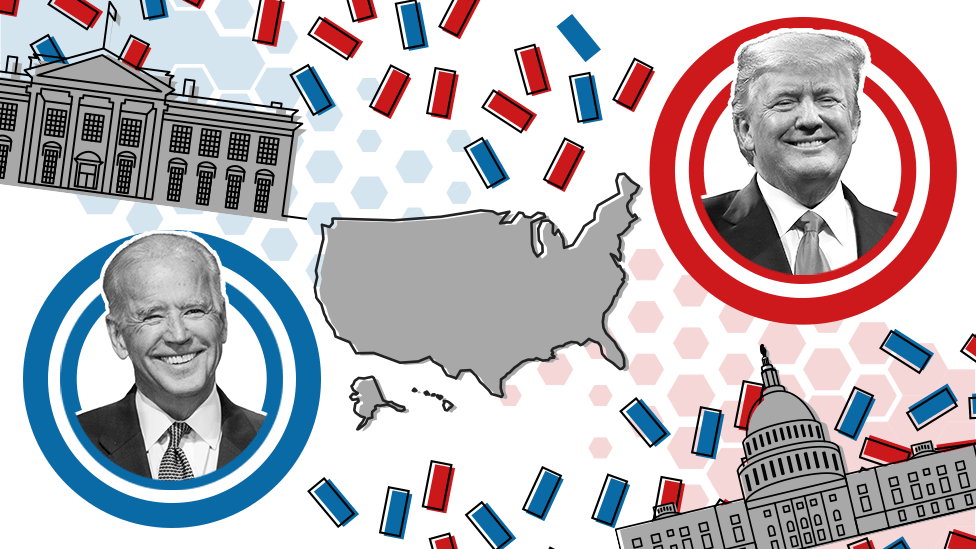 The November 3rd, 2020, presidential US election was arguably the most important election in USA postwar history. In these elections, moreover, the participation of American voters was the largest since 1900, demonstrating the resurgence of their political interest and the strongly polarizing climate that prevailed in the country.

Αt the same time Joe Biden may have won the popular vote (4.5 million more votes than Trump) and the necessary electors, but Donald Trump has shown great resilience, having in fact against him almost all the media, the vast majority of Hollywood and the whole established.

These elections showed the deep division in the United States, which in many places led to extremely marginal election results. The intense confrontation between the two sides and the extreme rhetoric and practice is not an isolated event and may deepen even further, having a negative impact on the country.

The reasons for Trump’s electoral resilience are due to the fact that President Trump had adopted anti-systemic rhetoric of complaint of the elites, to which he however belongs, as well as an aggressive tactic against the forces of globalization, aspects that touched strongly large sections of the middle class and of course the working class.

So, to the unemployed, to the people who feel they have no voice, to the provincials who are ridiculed for their manners and customs by arrogant metropolitan residents, even to citizens belonging to minorities but also to all large communities, such as African Americans. and Latins, Donald Trump’s speech has found and continues to find great resonance. And this is despite the fact that all the movements for the protection of rights (black lives matter, etc.) were clearly against him.

And if the coronavirus pandemic had not occurred and the second wave had not broken out, which is hitting the United States as violently as the first, Donald Trump would have easily won the elections.  Thus, after the first three years of positive economic performances of the Trump administration, the March lockdown caused the closure of many small and medium-sized enterprises, while more than 20 million Americans were suddenly left without a job.

And Donald Trump would certainly have won the presidential election without the health crisis as Joe Biden, who expresses the neoliberal internationalism, the related globalization process and the “open society” of NGOs and the very powerful economic institutions such as George Soros and Bill Gates foundations, etc., clearly seemed to have run out of forces, proposals and slogans before it even entered the finish line.

Op-Ed: The US Election of 2020 By Isidoros Karderinis

Trump’s political opponents and most analysts and pollsters had focused on the arrogant and selfish traits of his personality, an eccentric and highly impulsive no doubt billionaire, and of course they were wrong in believing that he would be defeated with a big difference. Trumpism as an ideological and social phenomenon is certain, therefore, that it has not left, is present, and will continue to exist. Trump is not just a parenthesis in US political history but expresses specific distinct trends in American society and the bourgeoisie.

American citizens want to prosper economically in a country where social peace, order, and security will prevail. Due to globalization, many industrial units have left for poor countries where there is a cheap labor force. So, the US working class was greatly hurt. Trump was the one who demanded the return of the factories to his country, putting the USA and the American people first, in the context of the ideological tendency of ethnocentric conservatism.

And other countries, especially the powerful ones, may not like the politics of “America First”, but the same is not the case with the average American citizen, notably in deep America and the central states.

On January 20, Joe Biden will sit in his chair at the Oval Office with Kamala Harris, in the position of Vice President, for the first time in office, a woman of African, Jamaican, and Indian descent. During his term and based on what he said the United States will return to the Paris Climate Treaty, according to which the minimum goal of the states is to keep the temperature at plus 2 degrees Celsius (+2 C), and that will be a positive development, as the climate change is not a “myth”.

And this can be easily seen if one takes a look at the extreme weather phenomena that occur on the planet. Let us not forget that the United States is the second-largest polluter in the world after China.

Also, multilateral organisms, such as e.g. NATO, the UN, and its offshoots, which have been strongly challenged by outgoing President Trump, will likely be treated differently by Joe Biden’s administration, but US relations with its European allies may move in other directions.

It should be noted at this point that Donald Trump had repeatedly threatened to withdraw the United States from NATO and reduce its contribution if other members showed no willingness to increase their spending on the organization. Germany-US relations have also been strained for the past four years, with Trump threatening the German car industry and the European Union as whole several times with duties.

Washington’s relations with Brussels were also frozen after its decision to withdraw the United States from international climate agreements and Iran over its nuclear program.

However, if the Republicans eventually win control of the Senate, it will cause many deep problems for the new President Joe Biden, as he will block most of his legislative agenda.

In closing, I would like to emphasize that the predominance of Joe Biden, who has also starred in all the pathogenic characteristics that led America to its current decline – that is, widespread social inequalities, the problematic welfare state, the favor to the strong economic elites, international lawlessness etc.-is not going to lead the US on bright paths. Besides, he did not present an inspiring, comprehensive, and convincing program plan for the social, economic, and political reorganization of the society and the country.

This article is written by Isidoros Karderinis a novelist, poet, and columnist. His articles have been published in newspapers, magazines, and sites around the world.

Continue Reading
Advertisement
You may also like...
Related Topics:Isidoros Karderinis, US Election, US Election 2020, US Elections