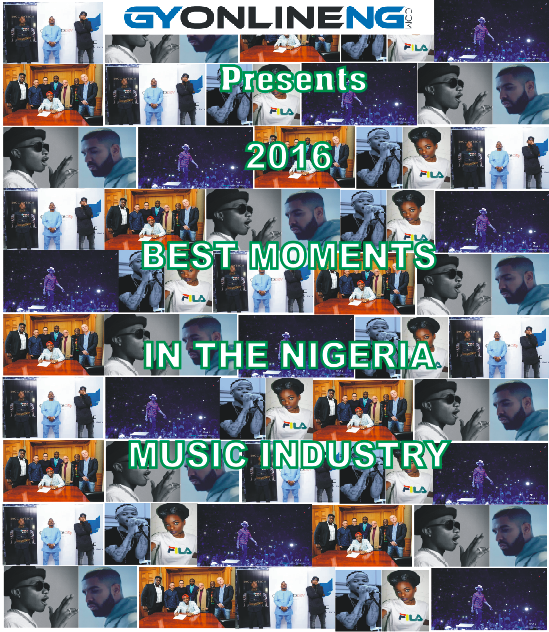 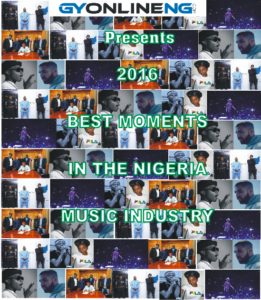 The year 2016 was indeed an interesting year, during the year we saw several epic moment in Nigeria music industry come to life. The year 2016 was a crazy year for us with a lot of stories for media consumers, some historic moments were created and the music sector also had her own fair share of insanity.

In 2016 alone, we witnessed the Invasion of Sony Music in Africa as the international music power house gradually saw a new market to tap into,which resulted in Nigerian artistes gradually getting their own share of the cake, to the massive sold-out arenas of Afrobeats to the world in Houston and New York via the One Africa Music Fest concerts and many others.

In fact, there are several interesting best moments that we saw in 2016, Don’t get it twisted we got you covered on this one and here are our editorial pick moments of 2016. 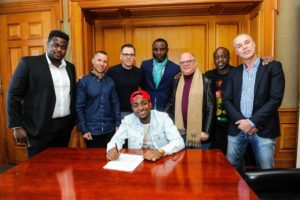 Sony Music Invasion in Africa : No doubt 2016 was an interesting and historical year for African music, as our various music stars such as Davido, Alikiba, Wizkid, Ycee and Tekno inked lucrative deals with Sony Music. In 2016, Sony music which is one of the biggest music labels in the world tapped into the African music market and especially Nigeria. ln 2016 alone, Sony music did not only sign our African artistes but they also moved down the Sony Music Entertainment, Africa Division headquarters to Lagos in order to oversee how business is been run in the African continent. 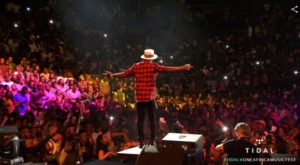 Afrobeats Music to the World with One Africa Music Fest in Houston and New York : After the success from the New-York edition, the organizers of the One Africa Music Fest packaged another historical show for Houston, which featured Africa’s legends such as D’banj, 2Baba, P-Square, Fally Ipupa alongside with Olamide,Tekno, Reekado Banks, Flavour and many others. The Houston show was a sold out concert in a 16,000 capacity arena which previously has been the host venue for the Grammys, Oscar Awards, BET Awards and it was streamed live by Jay Z’s Tidal streaming platform.The event also received some media mentions in various international media houses and online tabloids. 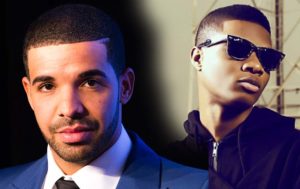 Wizkid and Ayo Jay Billboard Hot 100 Success : It all came by surprise when we saw the song ” One Dance “ owned by Drake which features UK based singer Kyla and Nigerian pop star Wizkid, but the interesting fact is that Wizkid’s effort helps Drake to claim his first ever NO 1 on Billboard Hot 100 and stay for over 10 weeks on the chart with billions in all streaming and downloading platforms. 2016 also sees Nigerian-British singer Ayo Jay ink a recording deal with Sony Music, baby sister company RCA Records and he also recorded his first every Billboard R&B Hot 100 at NO 26. 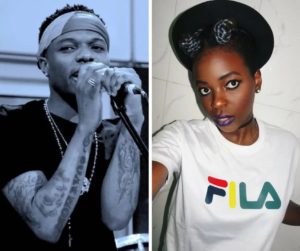 Wizkid and Kash-Lo Grammys Nomination : Take it or leave it they deserve our credit for their job well done. Nigerian pop star Wizkid recorded his first ever Grammy Awards nomination for his effort on Drake‘s ” Views “ album which was nominated among best album of the year at Grammys and Kash-Lo also receives her first ever nomination for her vocal on ” Rinse & Repeat “ by British DJ, Rinto with over six million views on YouTube. Kash-Lo is daughter of Nigeria’s Minister of Defense, Demola Seriki and she herself goes by the name Farida Demola Seriki. 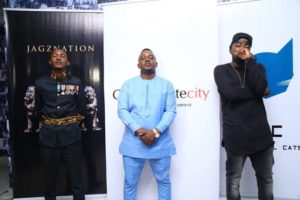 Expansion of Chocolate City from Independent Label to Major Label : During the year 2016 ,arguably the biggest music power house in Africa, Chocolate City made history as the first record label company in Africa to become major label as that of Sony Music, Universe Music and Warner Music. Under the Chocolate City brand, two new companies was born, which is Ice Prince’s Super Cool Cats label and Jesse Jagz’s Jagz Nation. This kind of business terrain is rare in Nigerian music industry and it gives hope to our unstructured industry for a better tomorrow.

Eye Witness Report : How ‘One Million Boys’ are Terrorizing Ibadan Residents
6 Tips To Help You Prep Your Smartphone For Sale
Advertisement