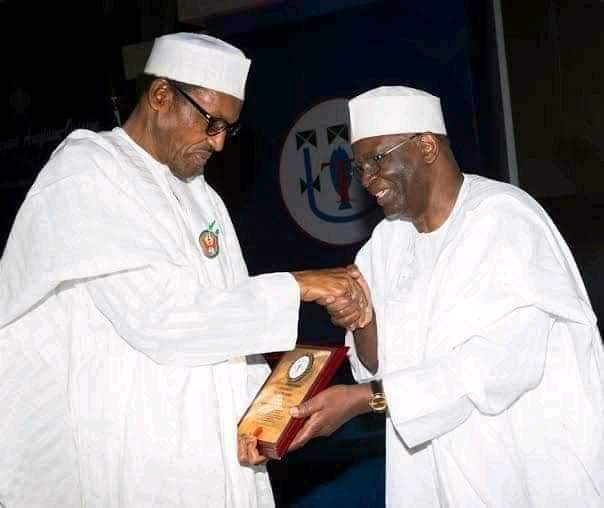 Prof Ibrahim Gambari will replace the late Chief of Staff, Abba Kyari who died on 17th of April, 2020, following a complication symptoms to coronavirus.

Professor Ibrahim Gambari, CFR, is a King’s College Lagos Old Boy. Please note that this is only a random tweet.

@#BREAKING:@BashirAhmaad@PresBuhari @ appoints Professor Ibrahim Gambari as his new Chief of Staff. The 75-YO Gambari, hails from Kwara state and was External Affairs Minister between 1984-85.

Ibrahim Agboola Gambari, CFR born November 24, 1944, in Ilorin, Kwara State, Nigeria. Ibrahim Gambari is a Nigerian scholar and diplomat. He was Minister for External Affairs between 1984 and 1985. Gambari has been appointed by the secretary-general of United Nations Ban Ki-moon and the chairperson of the African Union Commission as Joint African Union-United Nations Special Representative for Darfur effective from 1 January 2010.

On March 4, 2013, Ibrahim Gambari was named by the Kwara State Governor, AbdulFatah Ahmad, as the pioneer Chancellor of the Kwara State University, making him the ceremonial head of the university who presides over convocations to award degrees and diplomas and also supports the vision and mission of the university in all respects, including fundraising, social, economic and academic goals. As a university that continues to gain credence as a community development university with world-class standards, the selection of Gambari is expected to give the institution additional international boost and recognition. Gambari is also co-chair of the Albright-Gambari Commission.

Gambari attended King’s College, Lagos. He subsequently attended the London School of Economics where he obtained his B. Sc. (Economics) degree (1968) with specialisation in International Relations. He later obtained his M.A. (1970) and Ph. D. (1974) degrees from Columbia University, New York, the USA in Political Science /International Relations.

Gambari began his teaching career in 1969 at City University of New York before working at University of Albany. Later, he taught at Ahmadu Bello University, in Zaria, Kaduna State, the second-largest university in Africa. From 1986 to 1989, he was Visiting Professor at three universities in Washington, D.C.: Johns Hopkins School of Advanced International Studies, Georgetown University and Howard University.

He has also been a research fellow at the Brookings Institution also in Washington D.C. and a Resident Scholar at the Bellagio Study and Conference Center, the Rockefeller Foundation-run centre in Italy. He was accorded, honoris causa, the title of Doctor of Humane Letters (D.Hum.Litt.) from the University of Bridgeport. He is a member of the Johns Hopkins University’s Society of Scholars. He was decorated with the title of Commander of the Federal Republic (CFR) by the Government of Nigeria.

Kwara man is the new Chief of Staff to President Muhammadu Buhari.