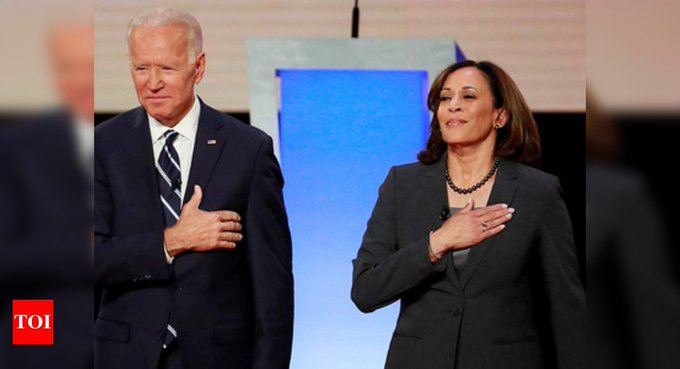 After nearly 50 years in public office, and a lifetime of presidential ambition, Joe Biden has finally captured the White House. Former Vice President Joe Biden has been elected the 46th president of the United States after defeating incumbent President Donald Trump in an election that wouldn’t be forgotten in a rush; historic and complicated by potential legal challenges.

In what many considered a referendum on Trump’s handling of the pandemic and civil unrest across America, voters ultimately rejected President Trump’s disruptive leadership. The results have made several firsts in the history of US elections.

President-elect Joe Biden declared it was ‘time to heal’ a deeply divided America in his first speech after prevailing in a bitter election, even as President Trump refused to concede https://t.co/l3mCn0AHwn pic.twitter.com/X7pf2z42nx

We have compiled 5 things that makes Joe Biden and Kamala Harris historical win in American history.

The 2020 elections received the biggest ‘turnout’ in the history of American politics, and Joe Biden now holds the record as the most widely acclaimed US President even with over 75 million popular votes. The previous record was by Barack Obama with 69,498,516. In 2016 Hillary Clinton has topped the popular votes with 65,853,514 over Trump’s 62,984,828 but the latter won the electoral college votes.

Joe Biden has broken former US president, Barack Obama’s record of highest votes in history, as he hits over 70 million pic.twitter.com/qmB3RhqOKK

Turning 78 in just under three weeks, Biden will be the oldest president to take office. His rise to the White House comes 48 years to the day he was first elected to the U.S. Senate.

Once upon a time, Joe Biden, was elected as the youngest member of the US Senate, and he’s now on a mission to becomes the oldest elected president of the United States. #NotTooYoungToRun #Elections2020 #ElectionDay2020 #ElectionDay #Biden #JoeBiden pic.twitter.com/WoaUUCjZ7O

When Kamala Harris became Vice President-elect of the United States, the moment instantly became a historic one, three times over. Harris, whose parents came to the U.S. from Jamaica and India will be the first Black Vice President, the first Indian American Vice President, and the first woman to serve in that office.

Congratulations in order,US President elect @JoeBiden & Vice-President elect @KamalaHarris for their resounding triumph. As the first Indian-American to be elected as VP,she is an inspiration for every Indian. Thulasendrapuram,her ancestral village finds a place in world history.

I am not seeing her colour. All I see is the first female vice president of the United States. Don’t doubt the girl power… #KamalaHarris Thank you for making us believe that our dreams are valid pic.twitter.com/N6sWGTYftV

“My mother would look at me and she’d say, Kamala, you may be the first to do many things, but make sure you are not the last. That’s why breaking those barriers is worth it. As much as anything else, it is also to create that path for those who will come after us” #KamalaHarris pic.twitter.com/XmH1PwTBbA

My heartiest congratulations to President- Elect of USA @JoeBiden & the first ever woman Vice President – Elect of USA @KamalaHarris for their stupendous victories. It surely heralds a new dawn of democratic practice & an inclusive and strong partnership between India & USA. https://t.co/MPk1TrA97w