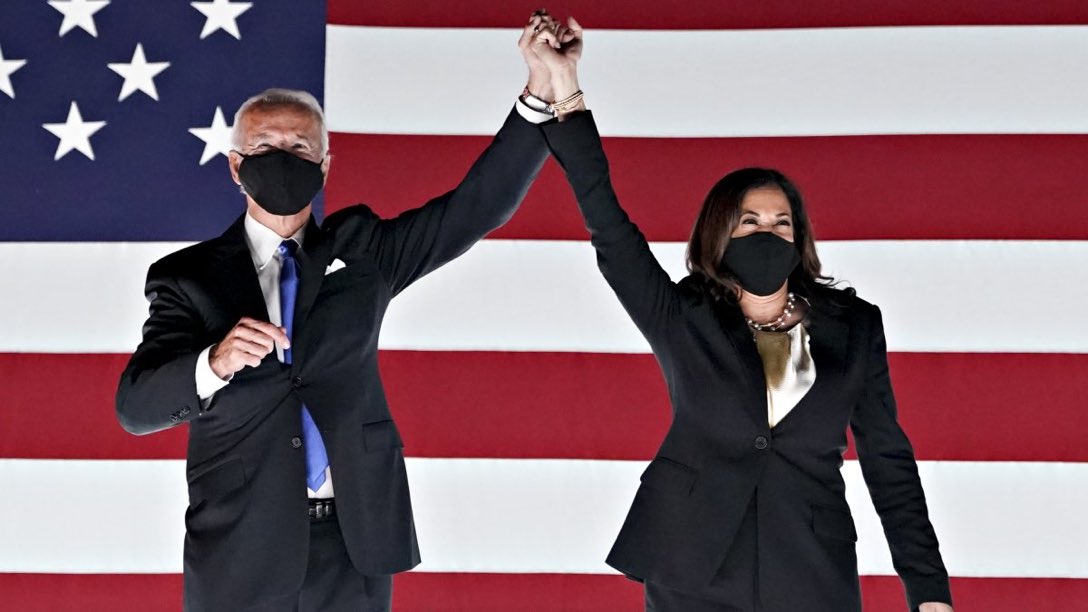 After several days of vote counting, the winner has finally emerged as American citizens have chosen a new president. American people have chosen the Democrat party candidate, Joe Biden as its 46th president, following his historical victory against the sitting president, Donald Trump.

Former Vice President and President-Elect, Joe Biden become the oldest president when he is inaugurated in January in the midst of the worst public health crisis in 100 years, the deepest economic slump since the 1930s, and a national reckoning on racism and police brutality that is still unresolved.

The Associated Press has projected Biden to win 279 electoral college votes. He is currently leading in Georgia and Arizona, as counting continues in those states. Mr. Biden was ahead of President Trump by about 25,000 votes in Nevada by noon on Saturday.

In a cinematic twist, it was Biden’s boyhood state of Pennsylvania that put him over the 270 electoral vote threshold and delivered the White House.
Trump had held a wide lead over Biden on the night of the election, but as election officials counted hundreds of thousands of mail-in ballots, the race shifted dramatically in Biden’s favor, infuriating Trump and his allies, who knew the President’s path to the White House was over without the commonwealth.

Where Can I Download Nigerian Movies for Free? Here Is Top 10 Websites to Download Movies for Free in Nigeria
Joe Biden Has Finally Captured His Lifetime White House Ambition, But Here’s 5 Things that Makes Joe Biden and Kamala Harris Historical Win in American History
Advertisement