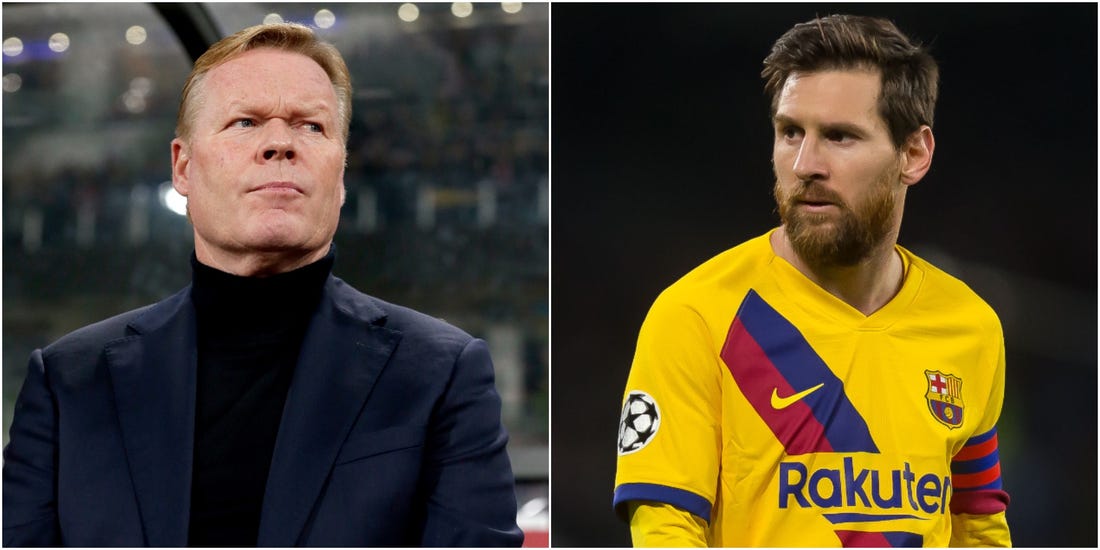 On Monday, the new Barcelona coach, Ronald Koeman, had a brief chat with the club Captain, Lionel Messi, whereby he told him that he’s very that he will be staying at the club beyond this summer.

For the first time, since his u-turn, Messi was seen at the club’s pre-season training ground ahead of the 2020/21 season. About a few weeks ago, Messi announced his decision to move away from his boyhood’s club, Barcelona.

According to Mundo Deportivo, before the training session, Koeman took Messi aside for a quick chat, there first since the Barca No. 10 wanted to leave Camp Nou.

Koeman told Messi that he only wants players who are committed to Barcelona, adding that he will treat him as a “special” player, though he will not receive the special treatment he was afforded under previous managers.

He also promised Messi that he would do his best to make the Blaugrana one of Europe’s most feared teams again. Messi trained alongside Philippe Coutinho in Monday’s session, building up their fitness.

Barcelona will continue their training session on Tuesday ahead of their 2020/21 La Liga opener against Gimnastic on Saturday.

” I’m Very Sorry For My Actions ” As Erica Reveals How She Feels About Disqualification, Kiddwaya & What Went Wrong With Her Relationship With Laycon In Her First Interview Since Leaving the #BBNaija Show
After 14 Years, Keeping Up With The Kardashians Is Finally Coming to An End
Advertisement