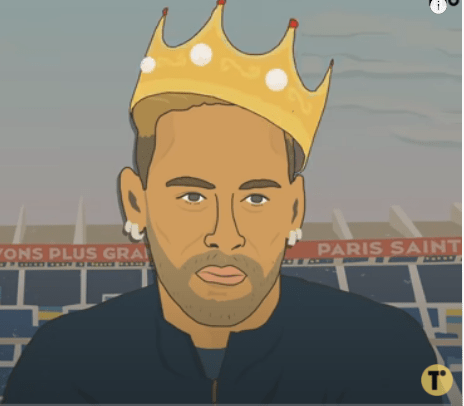 Neymar has always been a star. He made his debut for the Brazilian side Santos FC at 17, and from that moment onward, his flawless technique and frequently brilliant goals appeared to set him on a path towards becoming the world’s best player, but that never happen till today.

Till today, that elusive prestigious Ballon d’Or honor still seems far away from him. However, the Brazilian international Neymar will forever be seen as a football prince without a crown, but why?

Although, there are two obvious reasons and a host of other reasons. The obvious once first, and that’s Lionel Messi and Cristiano Ronaldo, since 2008, and with the exception of Luka Modric and Robert Lewandowski in 2018 & 2019 respectively, both the world’s football biggest stars have turned the Ballon d’Or into their private property.

Despite long-held suggestions that Neymar‘s main motivation for joining the PSG was to win the Ballon d’Or, the Brazilian is on the cusp of extending his contract at the Parc des Princes and is in fine form of one of his career, but he has come out to address the Ballon d’Or mantra on his career.

Why Neymar Will Never Win the Ballon d’Or

“I’m very happy with the season PSG are having. I don’t even care about the Ballon d’Or, it’s not something I think about; I stopped thinking about it a long time ago,” Neymar explained during PSG‘s pre-match press conference.

“I really don’t care. I want to win the Champions League, that makes a difference in my life, in my career. When I’m much older I will look back and see that I won one, two, three or even four Champions Leagues, that’s the most important thing.”