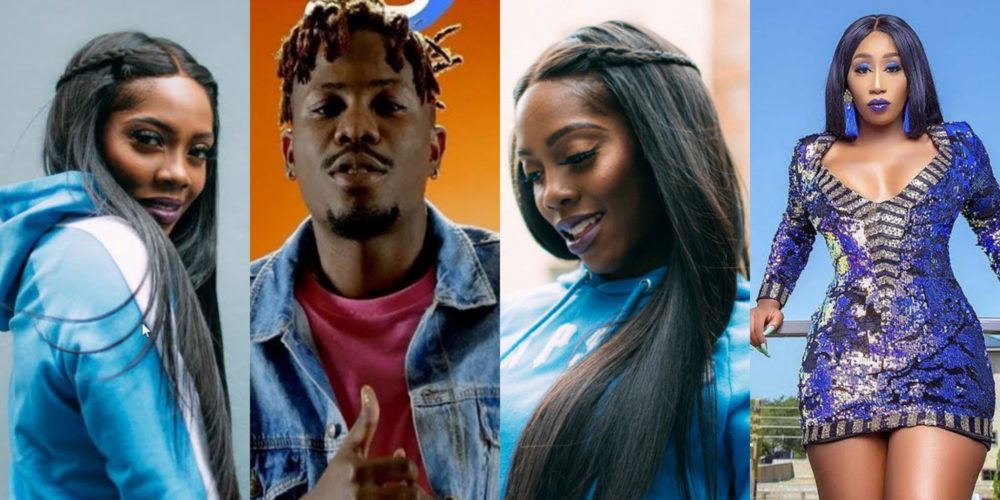 In the last few days, social media space has flooded with various entries of upcoming and known artists that have participated in the Kiss Daniel‘s viral ” Fuck You ” challenge including stars such as MI Abaga, Vector, Tiwa Savage, Seyi Shaw, Simi, Ice Prince, and many others. With entries seen so far, it shows that we have abundant talent in the Nigerian music industry.

Joining the viral ” Fuck You ” challenge by Kiss Daniel, is American-Kenyan singer and former Chocolate City artiste Victoria Kimani who recently took to her Instagram page to share her own version, but Victoria‘s cover we notice some lines in her rendition that appear as if she may be throwing a shade at her colleague, Tiwa Savage & Ycee.

“Grandma African bad gyal, turning 45 and still claiming bad girl. You can block me from a show but you can’t block my blessings. We all know you selling pu*ssy and it’s so depressing”.

See some reactions below from Nigerians on social media:

me: *rushes to google to search and listen to her music*

I would never understand why females despise themselves so much. The #FuckYouChallenge has been interesting so far with comical diss, until Victoria Kimani used it an avenue to attack her fellow female artist.

The only hit song Victoria Kimani ever had is immediately and it was because she had techno on it.. She should geddifok

Who ever convinced Victoria Kimani to record her own #FvckUChallenge #fvckyouchallenge is an evil person.
Wack voice
Wack lyrics
Bad video quality

Victoria Kimani should marry black face. The chemistry will be mad 😂. #FvckUChallenge