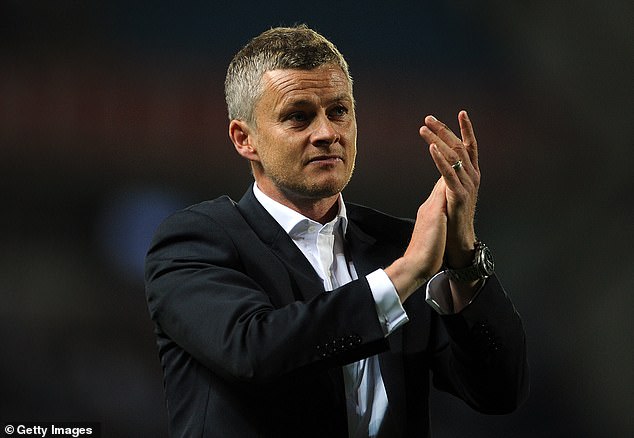 Following the sacking of Jose Mourinho yesterday, Manchester United has appointed former club legend Ole Gunnar Solskjaer has an interim coach of the club till next year May.

The highly most-loved and celebrated club legend Ole Gunnar Solskjaer will work alongside with Mike Phelan as the first-team coach, also working alongside Michael Carrick and Kieran McKenna.

The appointing of Ole Gunnar Solskjaer was to sweep away all the necessary mess that Jose Mourinho has created for the club in the last few months. According to an official statement on the club website reads below:

Solskjær will take charge of the first team with immediate effect and will remain in place while the club conducts a thorough recruitment process for a new full-time manager. He will be joined by Mike Phelan as first-team coach, working alongside Michael Carrick and Kieran McKenna.

In comments published on Molde’s website, Solskjaer said that he will return to the club, whose league campaign begins at the end of March, when his duties at United are complete.

Solskjaer said on Molde’s website: ‘In football you never know what can happen. We get proof of time after time. This is an opportunity I had to take. I am looking forward to leading Manchester United until the summer.

‘At the same time, I will follow closely what is happening here at home. We have built stone for stone and the end of the season this year gives us hope for another good season.

‘Erling, Trond and Per Magne will do a lot of work while I’m gone. At the same time, I would like to thank the club, and Kjell Inge and Bjorn Rune once again congratulate me on the world’s biggest club.’

Solskjaer and Phelan are due to arrive at United’s Carrington training complex on Wednesday afternoon to meet the squad and staff for the first time.

His first match in charge will be on Saturday against Cardiff, whom he had an unsuccessful spell in charge of between January and September in 2014.

‘Manchester United is in my heart and it’s brilliant to be coming back in this role. I’m really looking forward to working with the very talented squad we have, the staff and everyone at the club,’ said Solskjaer in United’s club statement.

Top 10 Hottest Songs In Nigeria for 2018 Compiled by GYOnlineNG.COM
5 Motivational and Inspirational Quotes About Success 💪
Advertisement