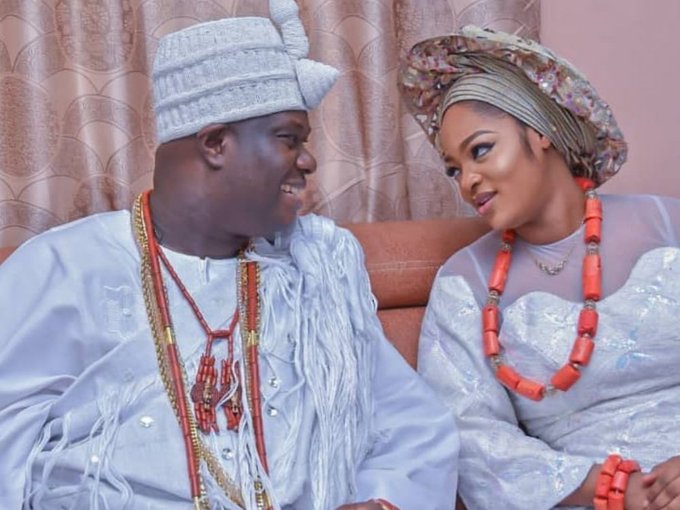 According to information reaching us here at GYOnlineNG.COM, the royal highness of Ile-Ife kingdom, Ooni of Ife, Oba Enitan Ogunwusi, and his adorable wife, Olori Naomi Ogunwusi, welcomes the birth of their first child.

Sometimes in July, a report surfaced the internet that Olori Naomi is pregnant, and GYOnlineNG.COM gathered that the good news is a baby boy.

At a time also, it was being rumored that the marriage between Ooni of Ife and Naomi Ogunwusi, had hit the rocks.

According to unconfirmed report, the Royal Highness, Ooni of Ife, Oba Enitan Ogunwusi and his wife, Olori Naomi Ogunwusi, welcomes the birth of their first child.

The Ile-Ife kingdom has a new Prince 🤴.

God has been faithful, and Congratulations 🎉 to Ooni of Ife. pic.twitter.com/UT4VD7bfKd

#BBNaija: I Didn’t Speak About Erica In Bad Light Or Causes Her Downfall Says Laycon
The Real Reason Messi Decided Not to Leave Barcelona Again
Advertisement