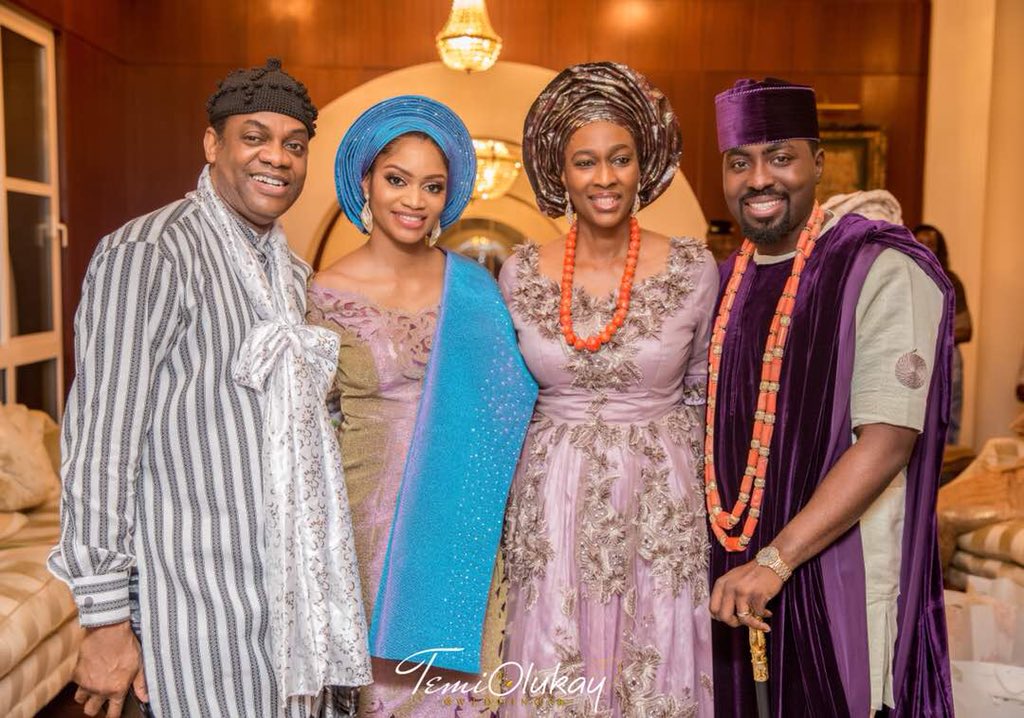 Former Governor of Cross-River State Donald Duke’s daughter Xerona Duke and her longtime beau Derin Phillips, who’s former official DJ for Chocolate City, had their traditional wedding in Calabar over the weekend. Xerona Duke is of the children of former governor Donald Duke, and she got marry to her disc jockey boo Dr Caise last week Saturday, in front of family and friends in Calabar.

She and her boo disc jockey Dr Caise looked amazing in their attire, though the pair had their introduction ceremony on October 14, 2017, in Lagos state. Happily and excited father Donlad Duke took to social media to expressed his disbelief on how fast her daughter has grow to start her own family.

Over the weekend my wonderful daughter Xerona, traditionally married her beau Derin, in front of friends and family at our home in Calabar. I can’t believe my baby girl is off to start a family of her own! Welcome to the family Derin, we’re happy & blessed to have you. pic.twitter.com/wdBiRkKiz3

Xerona Duke is a songwriter, filmmaker and activist while her husband Derin Philips aka DJ Caise or Dr Caise is the son of Engineer Lanre Phillips and Chief (Mrs) Olateju Phillips, the former Lagos Commissioner for Special Duties and the first daughter of legendary billionaire, Chief Deinde Fernandez.

Nigerians Blasts Wizkid Over Absence at Coachefella Music Festival
” I Don’t Focus On Next Election Like Other Politicians, But Am Only Bothered About Security And The Economy ” – President Buhari Tells UK Prime Minister, Theresa May
Advertisement