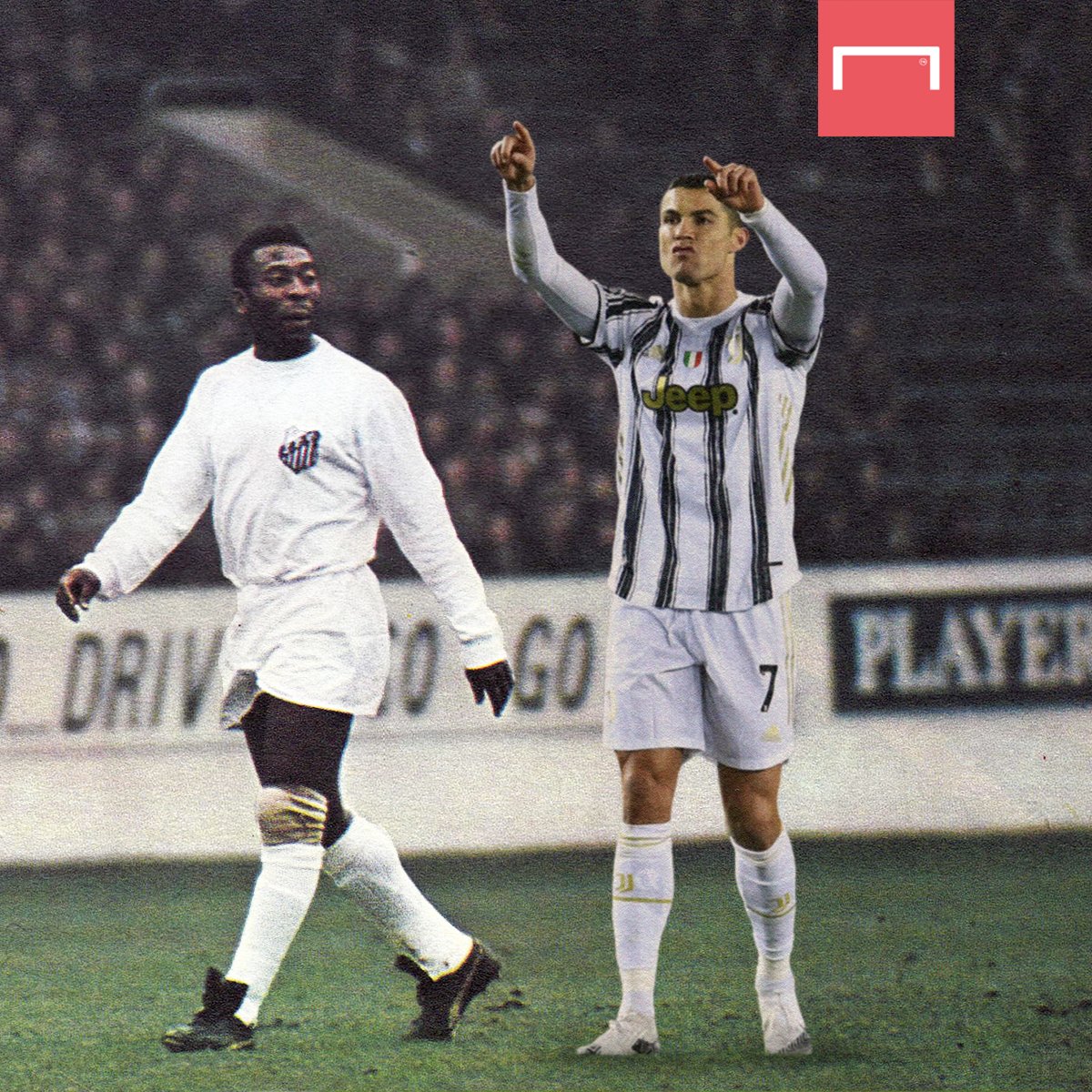 With his two goals tonight, Cristiano Ronaldo is now the 2nd highest goal scorer of all time, and he has surpassed football legend Pele to climb second in the all-time goalscoring charts.

Only Slavia Prague legend Josef Bican has scored more goals than any other player in history with 805 goals in 530 matches between 1931 and 1955.

The former Manchester United star’s super-agent, Jorge Mendes, said at the time that his client would surpass Pele’s goalscoring feat while at Juventus.

“His numbers don’t lie and light up the overwhelming way Cristiano Ronaldo shatters records, which elevate him to the category of the best player in the history of football, with a big difference compared to the second [best] for all he achieved with the different clubs he represented, whether in England, Spain or now in Italy and also with the Portuguese national team.”

Mendes added: “Cristiano has reached the remarkable milestone of 700 goals, but I have no doubt that he’ll surpass Pele as the best scorer in football history, and he’ll do it with Juventus.”

Bola Tinubu Is Not Positive For Covid-19 Or In France For Treatment Says His Son, Seyi Tinubu
Pioneer of The Gidi Culture Festival, Chinedu Okeke Appoints As Managing Director For Universal Music Nigeria
Advertisement